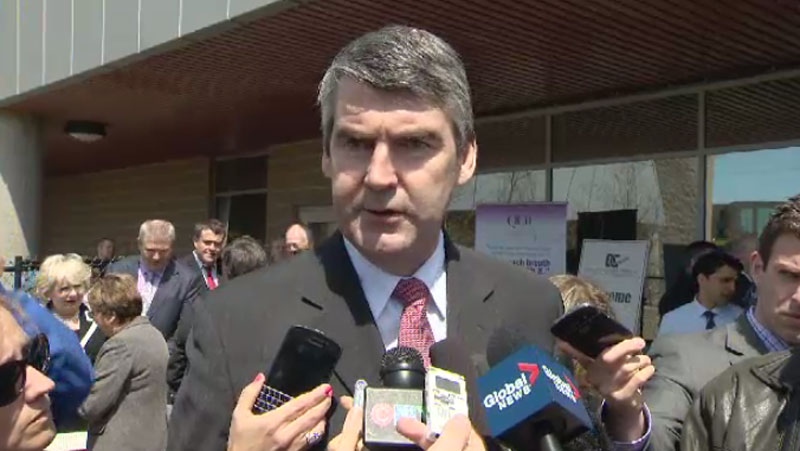 McNeil said the termination was necessary because Harris waited four days to tell the government he was facing charges as a result of a domestic incident on May 9.

"The director of communications should not have waited," McNeil said in an interview.

Harris wasn't let go right away because a review was needed to determine whether anyone else inside the government knew about what had happened, the premier said.

McNeil said he wasn't aware of exactly what happened with Harris on May 9 and the police have yet to release any details.

However, the premier's office released a statement Tuesday saying Harris was let go in accordance with a section in his contract that says his employer could terminate his contract at any time without notice.

Halifax police Const. Pierre Bourdages says Harris has not been formally charged with an offence.

Bourdages says the process of laying a charge in a domestic case can take some time because the information filed by police does not have to be sworn before a court until 10 days before the first court appearance of the accused.