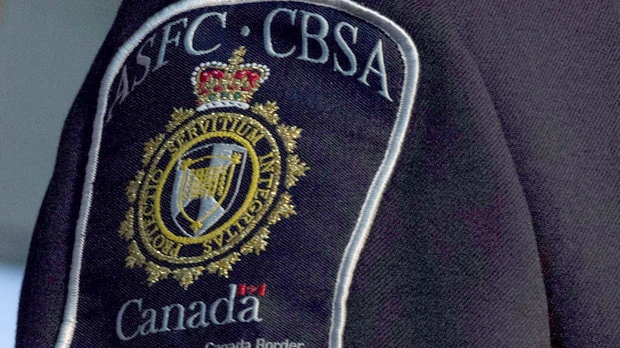 HALIFAX -- Abdoul Abdi was a wide-eyed six-year-old when he arrived in Canada as a child refugee from a war-torn country.

At 24, he's now facing deportation to Somalia -- a country so dangerous Canada has imposed sweeping travel restrictions and which he has no connection to.

His case has become a rallying point for advocates of immigration reform, with calls to halt his deportation hearing and a protest planned Tuesday night outside a Halifax-area town hall being held by Prime Minister Justin Trudeau.

Abdi, facing ejection because of a criminal record including an aggravated assault conviction, has spent his life in Canada, but never obtained citizenship after he was apprehended as a child by the Nova Scotia government and put into foster care.

"This is really a story about a child falling through a massive legal gap that prevented him from applying for citizenship on his own and a policy gap that created a situation where his legal guardian did not apply for citizenship," said Benjamin Perryman, Abdi's Halifax-based lawyer.

The boy and his sister were taken from his struggling aunt, who spoke little English, less than a year after arriving in Canada.

Between the ages of eight and 19, Abdi was moved 31 times, separated from his sister and never completed high school.

His aunt's efforts to regain custody were rejected, and her attempt to file a citizenship application for the children blocked.

Abdi has served five years in prison for multiple charges including aggravated assault.

The Canada Border Services Agency "gated" Abdi when he was released from prison earlier this month. He was transferred to the Madawaska Regional Correctional Centre in Saint-Hilaire, N.B., where he remains in segregation.

Perryman said the province deprived Abdi of his rights when it failed to file a citizenship application on his behalf, especially given the higher risk children in care face for coming into contact with the criminal justice system.

"When you have a former child in care who was prevented from becoming a citizen, it would violate international law and the charter to remove that person," Perryman said. "I find it appalling that children's services in Nova Scotia failed to obtain citizenship for Mr. Abdi."

Meanwhile, an Immigration and Refugee Board hearing this week granted Abdi a four-week reprieve, but refused to put off his deportation hearing until a court case raising charter and international law arguments is heard by federal court.

"It's really disturbing that this has happened, the fact that Abdoul Abdi was in the care of the province of Nova Scotia and the question of his citizenship was never taken care of," said Susan Leblanc, the provincial NDP's community services critic. "Now he finds himself in this horrible situation where he could be deported to a country that I'm sure he doesn't remember."

She called on the province to advocate on Abdi's behalf to squash deportation efforts and help him obtain citizenship.

Lynn Hartwell, deputy minister of community services, said the province is now working on a policy for non-citizen children in care but is "not in a position to be able to correct what's happened."

"We're not going to be able to override or change federal decisions," she said.

In an interview with Halifax's News 95.7 radio station Tuesday, Trudeau said Canada has a "compassionate" but "rules-based system."

"I can reassure people that decisions around immigration cases are made very seriously with compassion and thoughtfulness," Trudeau said. "There is never a decision to deport someone that is taken lightly."

Yet El Jones, a local activist, said Abdi's rights have been violated and officials need to do more than "shrug their shoulders."

"All of these MPs and ministers who have incredible power keep claiming 'I can't say anything, I can't do anything,"' she said. "There is nothing that requires people to remain silent in the face of injustice. Nothing."

Abdi's aunt did not speak English when the children were apprehended, Jones said, and she was not provided with a Somali translator.

"He was abused, he was homeless. Him and his sister split up," she said. "What you see is an incredible level of neglect and we can't separate that neglect from systemic anti-blackness."

Jones added: "These kids were particularly disregarded because of who they are and because of their race. We know there is a pipeline between foster care and incarceration, and that's where he ended up."

If he's deported, Perryman said Abdi's safety would be at risk. He said Somalia lacks a stable government and is home to extremist terrorist groups.

Abdi also has a daughter, born in Canada.