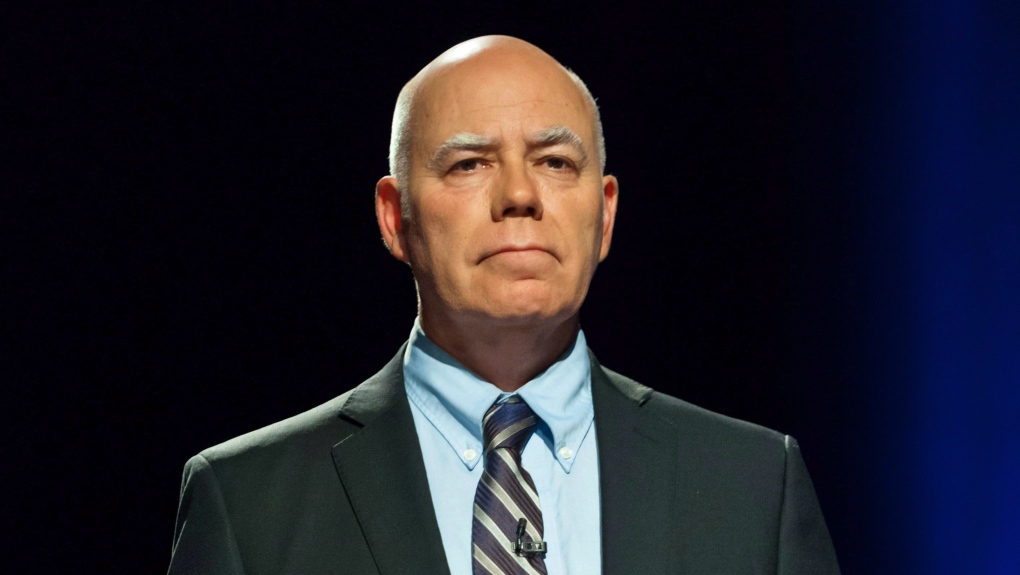 Green party leader David Coon participates in a televised debate of the provincial election which was held in Riverview, N.B. on Wednesday September 12, 2018. (THE CANADIAN PRESS/Marc Grandmaison)

FREDERICTON -- A game of political tug of war is set to begin this week in New Brunswick, as both the province's main parties vie for the support of the Greens in the wake of an election that produced a deadlocked result.

The Progressive Conservatives, led by Blaine Higgs, nabbed 22 seats in the legislature to the Liberals' 21, but Liberal Premier Brian Gallant will remain in power as both leaders try to gain support from the third parties.

The right-of-centre People's Alliance and the Green party scooped up three seats apiece on Sept. 24.

The People's Alliance has already said it would help prop up a minority Tory government for up to 18 months -- even though a formal deal or coalition has not been struck -- but the Greens have not yet made any commitments, official or otherwise.

In an email to The Canadian Press on Sunday, Green Leader David Coon said he has not yet met with either Gallant or Higgs.

In response to a question about when talks between the parties would begin, he wrote: "To describe them as talks at this point makes them sound grander than is the case."

"I have a meeting planned with Mr. Higgs, and then the Liberals on consecutive days this week. Last week, both the Conservatives and the Liberals expressed a willingness to meet, so meet we will, this week," said Coon.

On Friday, Gallant said he would try to form a minority government with the Green Party and will recall the legislature by Oct. 23 or sooner for a throne speech.

Gallant said the Liberals will not form a coalition with the People's Alliance, saying there are "fundamental values" the Liberals don't share with the smaller party, particularly their language policies.

Thomas Bateman, a political science professor at St. Thomas University in Fredericton, said he believes Coon and the Greens are playing their cards well.

"He really wants to be the person above the partisan fray," Bateman said Sunday.

"It looks like Mr. Gallant and Mr. Higgs are ... not used to the idea of talking across party lines. Mr. Coon is remarkably open-minded about working with anybody who can move the Green agenda forward."

The results of this election are like nothing this generation of New Brunswickers have ever seen, with the province not having a minority government in almost 100 years.

While Bateman said the rise in success for the People's Alliance and the Green party doesn't exactly signal a thirst for change, he believes it shows a growing frustration with the two main parties.

He noted that the Tories, who began the election season platforming on fiscal restraint, began making large spending commitments -- much like the Liberals -- as the campaign wore on.

"This province is moving towards bankruptcy, and yet these guys have just completely ignored that fact," Bateman said.

"So there are vast concerns out there that the two parties blocked right out. And I think that they've paid for it a little bit."