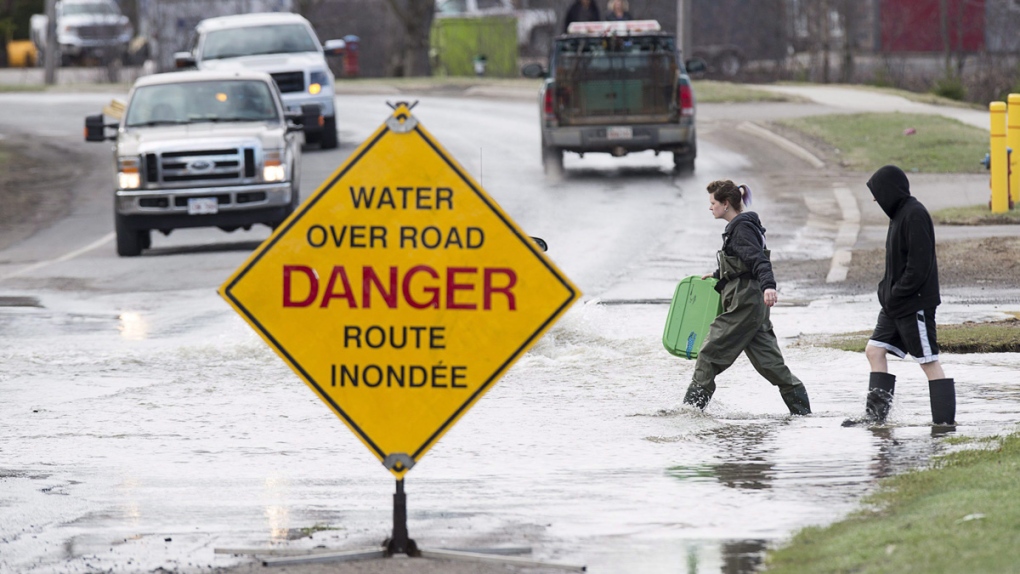 Local residents head to check on their house surrounded by the waters of the St. John River in Fredericton, N.B. on April 29, 2018. (Andrew Vaughan / THE CANADIAN PRESS)

FREDERICTON -- People along the St. John River in New Brunswick are being advised to remain vigilant over the coming days as expected snow, rain and possible ice movement raise the risk of flooding.

Between 15 and 25 centimetres of snow is forecast for today and Friday, followed by rain next Monday and Tuesday.

River Watch officials are watching closely for ice movement in the upper St. John River basin, which would increase the risk of ice jams.

At the moment there are two minor ice jams, one near Ste-Anne-de-Madawaska, on the St. John River, and one at the mouth of the Tobique River.

Officials say water levels remain below flood levels in all areas, but the situation could change quickly.

New Brunswickers in flood-prone areas are reminded to have an evacuation plan and to be self-sufficient for at least 72 hours.