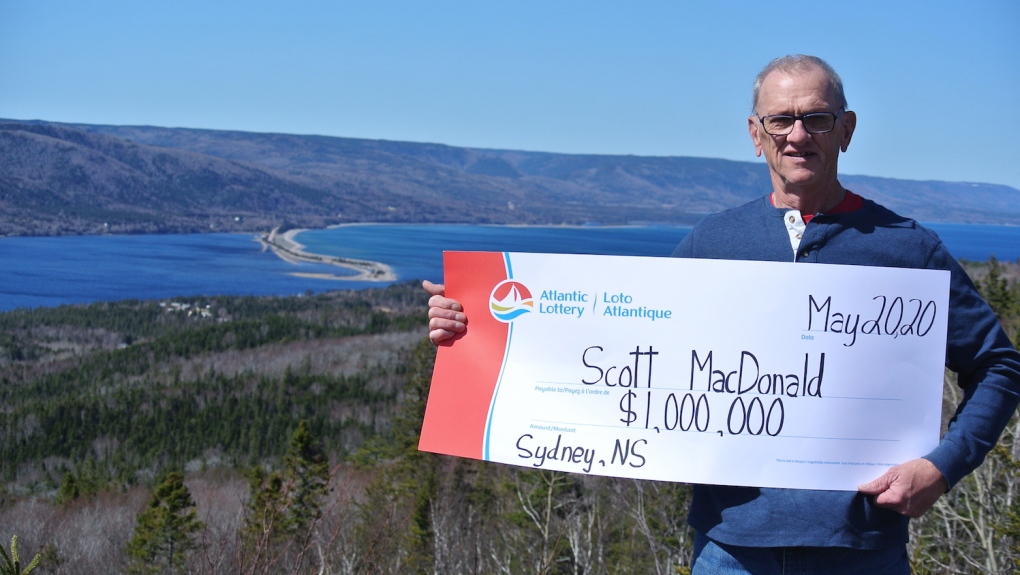 Scott MacDonald of Sydney, N.S., is the Maritimes' newest millionaire after winning $1 million in the March 25 Lotto 6/49 draw.

HALIFAX -- The Sydney Millionaires hockey team is a distant memory now, but there is a new millionaire in town.

Scott MacDonald of Sydney, N.S., is the Maritimes' newest millionaire after winning $1 million in the March 25 Lotto 6/49 draw.

“I am feeling just awesome, it is everything to be able to sit still right now,” MacDonald said in a news release from Atlantic Lottery Corporation. “I just want to do my happy dance for the rest of my life.”

MacDonald says thanks to his win, he plans to retire much earlier than expected.

“I can’t believe it, this is years ahead of schedule,” MacDonald said. “It’s just … it is supercalifragilisticexpialidocious!”

MacDonald said he and his wife plan to build their retirement dream home and are planning a trip to Scotland to explore the heritage of both of their families.

MacDonald bought his winning ticket at Needs in Howie Center, N.S. The retailer will receive a one per cent seller’s prize.