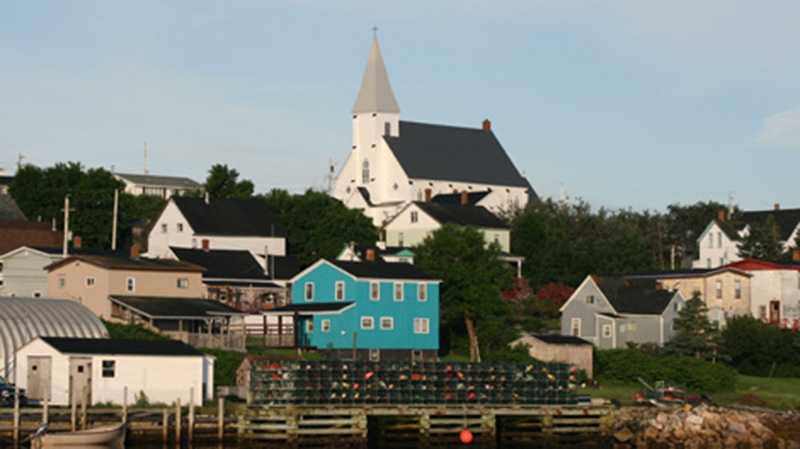 The community of Canso, N.S. is seen in this undated image.

CANSO, N.S. -- Residents of a sleepy fishing village on Nova Scotia's eastern coast are looking to the stars to breathe new life into their economy as a proposal to install Canada's only commercial spaceport inches closer to becoming a reality.

Developers, municipal officials, construction workers and other stakeholders are set to meet in the Halifax area on Monday to discuss plans to establish a launch complex near Canso.

Cory Bell, president of Lindsay Construction, the Dartmouth-based company hosting the meeting, said as the environmental assessment phase of the project wraps up, the team is looking to delve into the details of building a facility that could be used to shoot Ukrainian-built Cyclone 4M rockets into space.

To some residents of Canso, part of Guysborough County, the prospect of becoming an aeronautical hub can seem far-fetched. Even though the project is galactic in its ambitions, Bell said, locals stand to benefit.

"The technology is coming from away, but ... that doesn't it mean it won't be creating great spin offs in the economy," he said. "These (launch sites) get built. Why not Guysborough County?"

Bell said he plans to hire locals for the roughly two-year construction project, which he said could break ground as soon as spring 2018.

Maritime Launch Services Ltd., a Halifax-based company which is a joint venture of three American based firms, has set a goal to launch satellites into space by 2020.

Business owners in the Canso area said they hope the project will spur new opportunities in the community, which was hard hit by the downturn of the groundfishing industry about two decades ago.

"We're still hanging on. We're definitely ready for a boost," said restaurant owner AJ Taylor. "I think everybody is waiting to see if it's actually going to happen. When you're down and out for so long, you don't want to get your hopes up too much."

Tammy Ehler, who owns the Last Port Motel just outside of Canso, said she is cautiously optimistic that the project will attract young families to help restore the area's declining population.

"It would be nice if it does happen," Ehler said. "There's no big employers around or anything, so it would be nice to have something because there's supposed to be a lot of jobs, but I don't know how many are going to be just everyday people."

Vernon Pitts, warden of the Municipality of the District of Guysborough that includes Canso, said despite some residents' doubts, the project is on track to create new jobs and revitalize the tourist industry.

"We have to go down (that road) to see if the tree is going to bear fruit. All we can do is keep fertilizing it and keep watering it," Pitts said in a phone interview on Sunday.

Pitts said project managers have worked to keep the community in the loop as development progresses, and are consulting with fishermen to make sure their plans do not disrupt local industry.

He said when he first heard about the proposal to build a spaceport, he was so taken aback he nearly fell off his chair, but the more he learned about the project, the more he felt that Canso might be a perfect fit.

The now-defunct town has an abundance of land but could use more people, Pitts said, and an influx of rocket scientists could be the boost the community needs.

"People come in from ... outside the province or even outside Canada, they're going to have to live somewhere," he said. "We're more than happy to open our doors to anyone that wants to become a resident in the municipality."