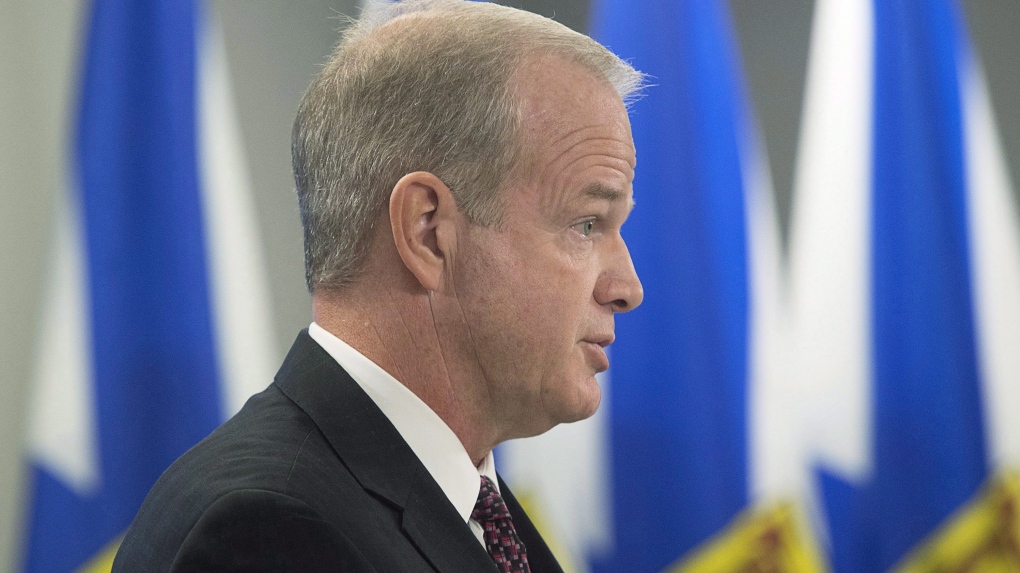 Justice Minister Mark Furey provides details about cannabis legalization at a news conference in Halifax on Dec. 7, 2017. Nova Scotia is taking steps aimed at increasing referrals to its ground-breaking restorative justice system.Justice Minister Mark Furey has announced new protocols that will allow cases to be referred to restorative justice earlier in the justice process. (THE CANADIAN PRESS/Andrew Vaughan)

HALIFAX -- Nova Scotia is diverting more cases from traditional courtrooms and into its ground-breaking restorative justice system, aiming to give people a second chance that it says can help everyone heal.

"Some might say restorative justice is a soft on crime approach -- that's not the case," Justice Minister Mark Furey said Tuesday.

"Restorative justice is a proven model of success. It gives people a second chance ... and it gives us all a chance to heal, support and understand one another."

The changes announced Tuesday will allow appropriate cases to be referred to restorative justice earlier -- in the pre-charge and pre-trial stage in some instances.

Previously, a case could only be referred after a charge had been laid or after a conviction.

"We are lifting these restrictions to allow for an earlier and more responsive intervention to the impacts of crime," said Furey.

However, a moratorium will remain in place for offences involving domestic or sexual violence.

The restorative justice program brings offenders, victims and communities together to resolve issues without incarceration. It requires offenders to take responsibility for their actions and holds them accountable to the community and their victims.

Nova Scotia's program was established to handle youth cases in 2001 and the province became the first to expand it to include adults in 2016.

Emily Watkins, the lone caseworker for the Tri-County Restorative Justice Society in Yarmouth, N.S., welcomed Tuesday's announcement, saying the ability to get cases earlier in the process will contribute to more successful outcomes.

"Those emotions are still there it's still fresh, said Watkins. "So people are way more involved and they want to participate."

Watkins has first-hand knowledge of the benefits of restorative justice, having gone through a system she credits for saving her after she assaulted another girl while in high school.

She said she was not thrilled with the idea of taking responsibility and meeting with her victim, but decided to take part in a process that has been to her lasting benefit.

"Without that meeting I would not be standing here today," said Watkins. "I would not have gone to university and possibly may not have graduated from high school."

She said the "beauty" of restorative justice is that it allows for context and isn't just incident-focused.

"I've seen victims receive closure about what happened to them that they simply would not get through the formal court system," Watkins said.

The announced changes will see the establishment of regional teams that will include senior probation officers to assess all adult referrals, and a management committee to provide oversight and ensure restorative remedies are being used in all appropriate cases.

Furey said it's unknown how many more cases will be diverted as a result of the changes, and his department would monitor the system's ability to handle the extra caseload.

The change comes nearly a year after a month-long strike by six caseworkers who administer restorative justice in the Halifax area. The workers, who handle about 70 per cent of all cases in the province, won a pay increase after highlighting caseloads they said had more than doubled since 2016 when adults were added to the system.

According to the province, national statistics indicate restorative justice programs help to reduce repeat offences by 12 per cent.