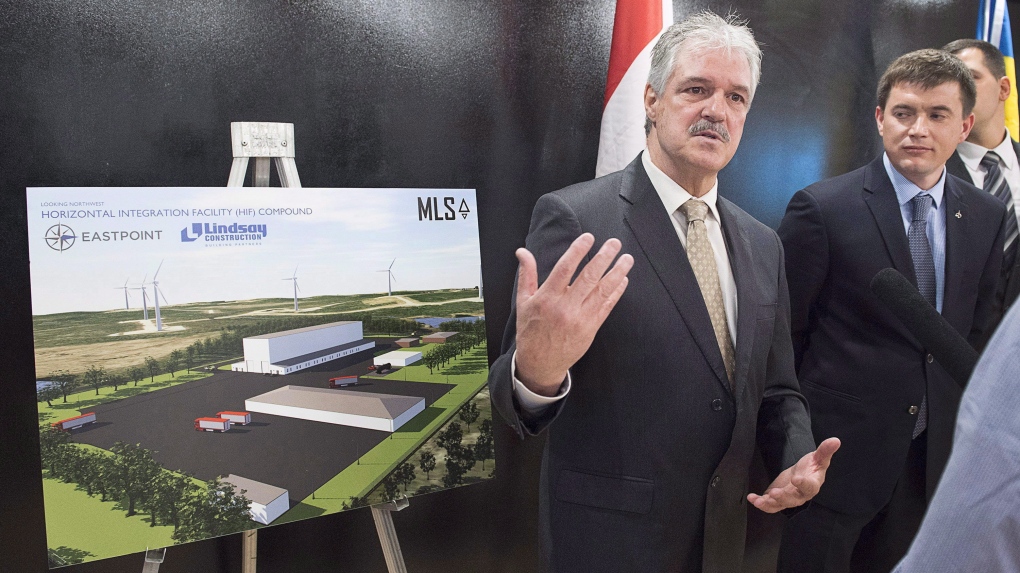 HALIFAX -- A Nova Scotia company has received environmental approval to build Canada's only commercial spaceport near the small community of Canso, N.S.

Maritime Launch Services called it a "critical milestone" Tuesday, but the provincial go-ahead comes with a list of conditions including providing a plan for "worst case scenarios" such as an aborted or failed launch.

The firm aims to launch Cyclone rockets with payloads of up to 5,000 kilograms to low Earth orbit, and up to 3,350 kilograms into higher orbits.

Greenpeace-funded scientists have said there's growing concern about launches like the ones planned in Canso, with issues including questions over what debris will fall into the oceans, what material is carried and how much excess fuel is on board the rockets.

The rockets are fuelled by highly toxic hydrazine.

The province's other conditions include the company submitting a plan for storage, handling and containment of dangerous goods, as regulated under the Environment Act.

The company has to submit its design for management of wastes coming off the rockets at launch, and says, "all wastes associated with the project shall be disposed of in a manner acceptable to the (Environment) Department."

In addition, the company must submit an environmental protection and monitoring plan that includes the impacts of the launches on surface water, groundwater, the ocean, and soils.

It will be required to provide a protection plan for wildlife and marine habitat to various government agencies, as well as studies on the launch's impacts on air quality and noise in the surrounding areas.

The firm must set up a public complaints system, and create a community liaison committee.

Maritime Launch Services is also to provide a "detailed rehabilitation plan" to restore the site after the launch era comes to an end.

The approval from Environment Minister Gordon Wilson comes in response to a request for a focus report by former environment minister Margaret Miller, who had said the original proposal didn't have enough information.

The focus report was delivered to the department in March.

Steve Matier, president and CEO, said his firm is "grateful to Minister Wilson and his staff for their rigorous and thorough environmental assessment process."

He said his firm will work with the Department of Lands and Forestry to complete the Crown land lease and aim for a "ceremonial groundbreaking in July."