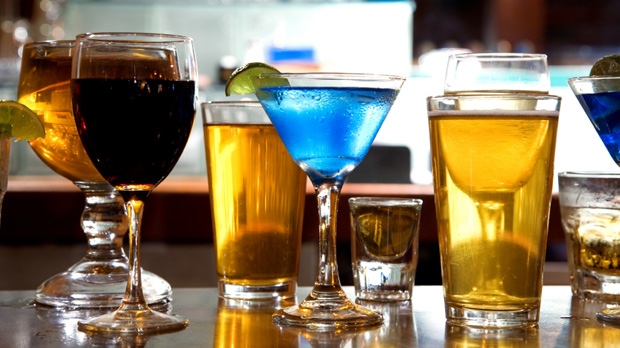 OTTAWA -- Canadians who drink, smoke and rely on public transit will be paying more thanks to changes in the federal budget.

Finance Minister Bill Morneau also said Ottawa will scrutinize the private corporations wealthy professionals like doctors and lawyers use to reduce their taxes.

And he put tax cheats on notice, budgeting more than half a billion dollars in new money over five years to fund investigations.

"We will close loopholes that result in unfair tax advantages for some at the expense of others," Morneau said in his speech.

"We will eliminate inefficient tax measures, especially those that disproportionately benefit the wealthy. And we will work with the provinces and territories to crack down on those who hide their identity to avoid paying taxes."

The increased sin taxes are effective Thursday and will put an additional $55 million from tobacco and $30 million from alcohol in government coffers in the 2017-18 fiscal year.

The Liberals are also eliminating the 15 per cent tax credit for commuters who buy a transit pass, a move that will save the government $150 million.

In justifying the decision that will take effect July 1, the government said the credit was ineffective in encouraging the use of public transit and reducing greenhouse gas emissions.

"Our approach to making a real difference for Canadians in public transit is to invest significantly over the long term," Morneau said.

The budget did not make any changes to income tax rates amid uncertainty about the future of tax rates in the United States. Morneau also left capital gains taxes unchanged despite speculation on Bay Street that the Liberals could raise them.

However the government did make several changes it said were aimed at ensuring wealthy Canadians pay their fair share.

It will release a paper in coming months with possible policy changes related to private corporations used by wealthy Canadians to minimize tax. The budget said these corporations, often used to transfer money to family members, can result in high-income earners gaining unfair tax advantages.

The budget also pledged to ensure that ride-sharing services like Uber are charging GST and HST, just like regular taxis. And it eliminated the deduction for employee home relocation loans, which the government said disproportionately benefits the wealthy.

Other measures that will affect Canadian families in the budget included:

-- Elimination of the labour market impact assessment processing fee for those seeking to hire foreign caregivers for those with medical needs, and for families making less than $150,000 seeking to hire a foreign nanny;

-- Elimination of the first-time donor's super credit for charitable donations;

-- Extension of the tuition tax credit to include occupational skills courses at post-secondary institutions.