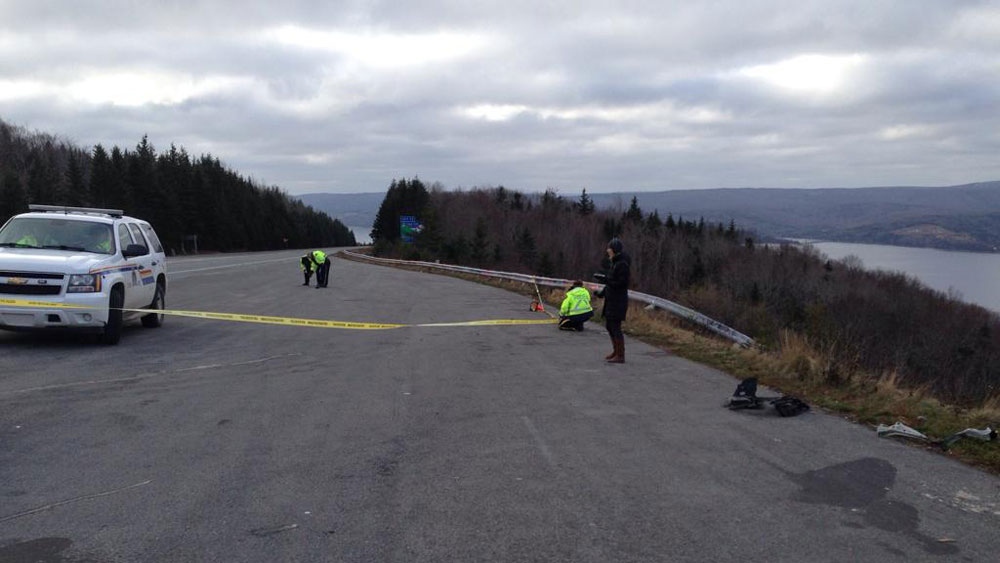 A 27-year-old Truro man is dead after his vehicle left the road and went down an embankment on Kellys Mountain in Cape Breton.

Police say the vehicle left Highway 105, crashed through the guardrail and went down an 80-foot embankment at the St. Ann’s lookoff before landing on its roof.

The driver was pronounced dead at the scene. No one else was in the vehicle at the time.

A collision analyst has been called to the scene along with officials with the Department of Transport and Infrastructure Renewal.

Police say they were trying to determine what caused the accident and when it occurred.

Traffic was not disrupted.