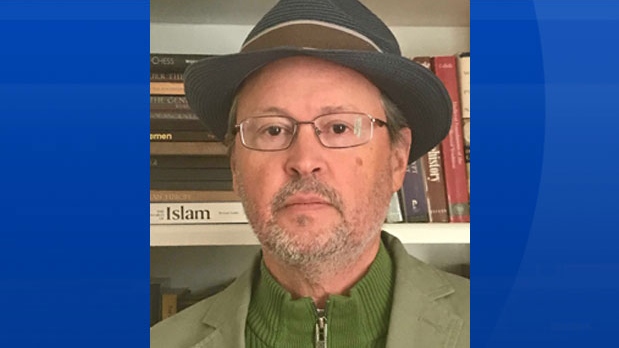 More than 100 faculty members at the University of New Brunswick have signed a letter complaining about one of their colleagues whose views on immigration have been denounced as racist. Professor Ricardo Duchesne is seen in a recent handout photo. Duchesne, a professor in the Department of Social Science in Saint John since 1995, is no stranger to complaints about his controversial comments, but now the university has decided to investigate. (THE CANADIAN PRESS/HO-Ricardo Duchesne)

FREDERICTON -- More than 100 faculty members at the University of New Brunswick have signed a letter denouncing one of their colleagues for promoting what they say are racist arguments about immigration.

Ricardo Duchesne, a professor in the department of social science at the university's Saint John campus since 1995, is no stranger to complaints about his controversial views, but now the university has decided to investigate.

The letter signed by his colleagues says Duchesne's arguments about multiculturalism and immigration are "racist and without academic merit."

It says it is "a hallmark of academic freedom" to challenge the views of fellow faculty. "Racism in the university causes real harm and undermines the rights of students and colleagues to a working and learning environment free from discrimination," the faculty members wrote.

Duchesne says he's just doing his job as an academic.

"I want to have my own voice," he said in an interview. "I believe that's what Canada is about, to allow debate and freedom of expression."

UNB president Eddy Campbell said last week the university is reviewing allegations concerning one of its faculty members and will take the time necessary to complete a review.

Petra Hauf, vice-president of the Saint John campus, issued a news release this week to say there is a zero tolerance for racism and discrimination of any kind.

"I want to assure all members of our community that we are aware of the concerns that have been publicly shared with respect to these issues; that we are taking them seriously and are actively looking into them," she wrote.

While neither statement names the faculty member in question, Duchesne said he expects a meeting with the university administration soon. The tenured professor said he has no intention of resigning.

"I haven't done anything wrong, really," he said. "I'm not racist or supremacist."

Duchesne, who is originally from Puerto Rico, said he believes the controversy is being generated by his 2017 book Canada in Decay: Mass Immigration, Diversity, and the Ethnocide of Euro-Canadians.

"I am a strong critic of immigration," he said in an interview. "I believe that Canada and all western nations have been set for full diversification through mass immigration, and I'm trying to understand why. Who came up with this idea that all white nations must become racially diverse, whereas that's not happening in Japan, Korea, China, Mexico -- only in white nations?"

He called it "a fundamental question" and said his job as an academic is "to ask tough questions and do the research." He called for a drastic reduction in the number of immigrants accepted by Canada and spoke of the need to "conserve our heritage and culture."

UNB law professor, Nicole O'Byrne, who signed the letter, said it was important for the faculty members to join their voices together.

"It is clear that my colleagues have no tolerance for the dissemination of hate speech under the guise of academic freedom," she said. "We strongly urge the administration to take appropriate action to address this situation as soon as possible."

"The CHA shares our colleagues concerns that important principles of academic freedom are being used to justify indefensible ideas and their dissemination, and join them in challenging Duchesne's ideas," wrote the association's president, University of Manitoba history professor Adele Perry.

Aside from his books, Duchesne has also drawn fire for comments critical of Muslims published on a blog he created called the Council of European Canadians. "What globalists abhor are whites who affirm their national identities and call for limits to immigration," he wrote on the blog in March.

Duchesne said he believes other faculty members are trying to drive him out of the university.

"They don't like the fact that I'm not playing the role of being a good immigrant who follows and says what the white privileged academics want me to say," he said.