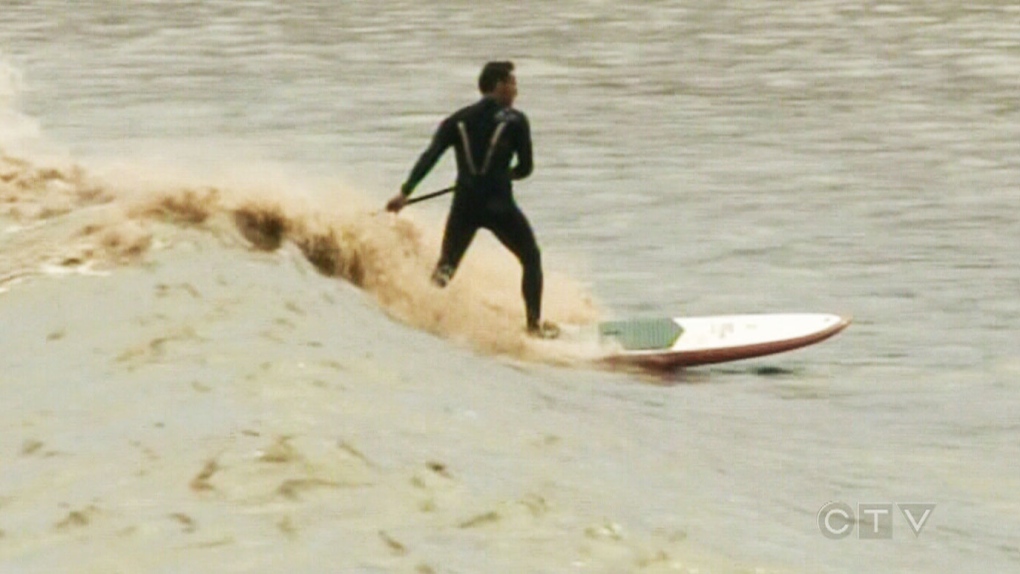 Surfers flocked to New Brunswick to ride a single tidal bore on the Petitcodiac River in July.

Thousands of spectators lined the shores of the Petitcodiac River to watch surfers ride the tidal bore in July.

The event became a popular tourist attraction, earning international attention for southeastern New Brunswick, and the Mayor of Moncton says he hopes to ride the wave of free publicity with a new tidal bore celebration.

“We had some discussion around the possibility of a festival surrounding the river and also the surfing as well,” says Moncton Mayor George LeBlanc.

The event is just in the discussion stage, but some Moncton residents are already giving the idea the thumbs up.

“I think it is a great idea because it will bring a lot of tourism into the Moncton City area,” says resident Adam Goguen.

“I think it is great,” says resident Justin Allain. “I have never really surfed that much myself, but it is pretty awesome to watch. I have skated my whole life and that is pretty much where skateboarding stems from.”

Some biologists have expressed concerns over E. coli levels in the Petitcodiac River, saying they spike to unsafe levels when the bore comes in.

However, some residents are hoping that can be mitigated.

“A festival downtown, a festival along the river bank, probably some art and culture activities, music, you name it really. The opportunities are endless,” says LeBlanc.

LeBlanc says the festival is just talk at this point, but community feedback has been positive, and the idea is worth looking into.