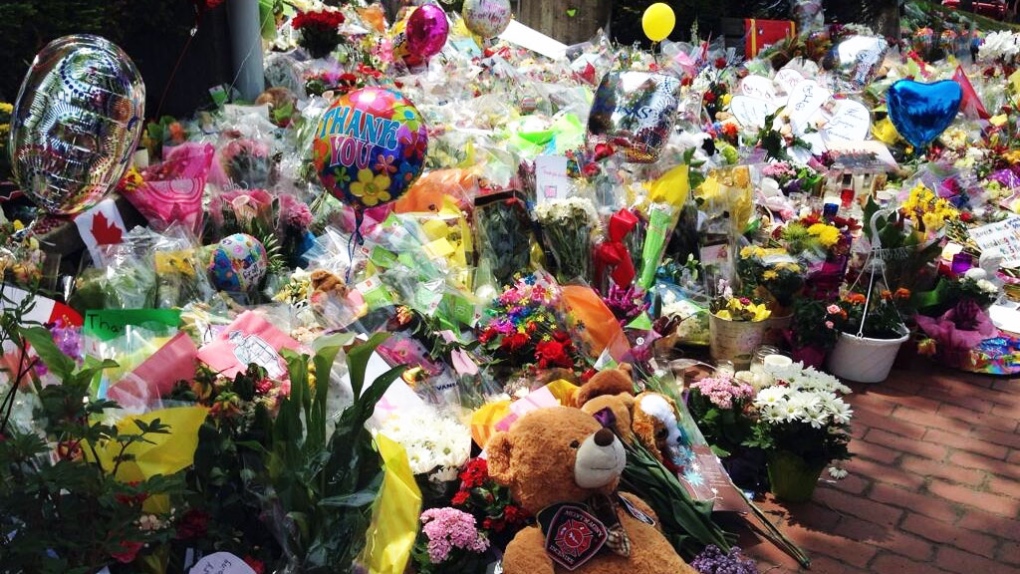 On Sunday, the Mounties will collect the items left inside and in front of the Codiac Regional RCMP detachment in memory of the three fallen officers killed in last week's shooting.

They originally planned to collect the items on Saturday but, due to weather concerns, the Mounties have decided to wait until Sunday.

After the shooting deaths of Const. Doug Larche, Const. Dave Ross and Const. Fabrice Gevaudan in Moncton, people have been showing their support by leaving flowers, gifts, notes and other items at the RCMP detachment.

"All you have to do is walk to the front of the police station just to see that," says Hillsborough resident John Majensky, who dropped off a sign thanking the RCMP on Friday. "The love and respect that all the community has now for our police services is unbelievable."

The items will all be taken into the detachment on Sunday and anything that can be preserved will be given to the families of the officers.

“This has been such a dark chapter in Moncton’s history; a dark chapter in the RCMP’s history,” says Supt. Marlene Snowman, the officer in charge of the Codiac Regional RCMP. “But in the middle of the tragedy, the citizens of Moncton, Dieppe, Riverview and beyond circled around us to comfort us when we were at our lowest. We may never be able to explain to others about this bond that has been created but in each of our hearts we know we will move forward and make our communities safe and secure. “

Among the gifts were three maple trees. One will be planted at each of the homes of the three officers who were killed in the line of duty.