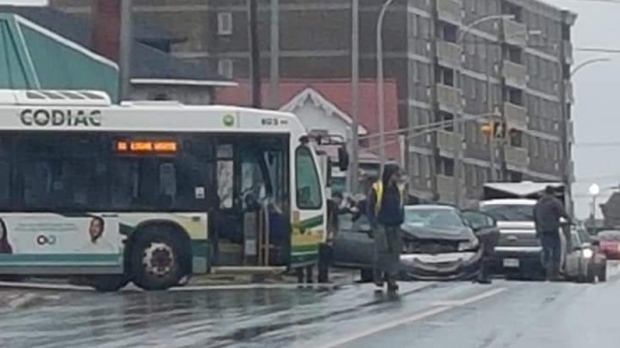 Codiac Regional RCMP are looking to speak to anyone who may have witnessed a fatal crash that occurred April 23 in Moncton.

RCMP say the crash involved a Codiac Transpo bus and light-coloured, four-door Honda Civic. It happened at the corner of Mountain Road and Weldon Street around 11:20 a.m. on April 23.

A passenger in the car, a 72-year-old man from Sainte-Marie-de-Kent, N.B. died from complications as a result of injuries.sustained in the crash.

Police say the driver of the car was taken to hospital, treated, and released. No one else was injured.

Police would like anyone who was a passenger on the 51 Green Line bus at the time of the collision to contact Codiac Regional RCMP. Any motorist who may have witnessed the crash is also asked to call police.