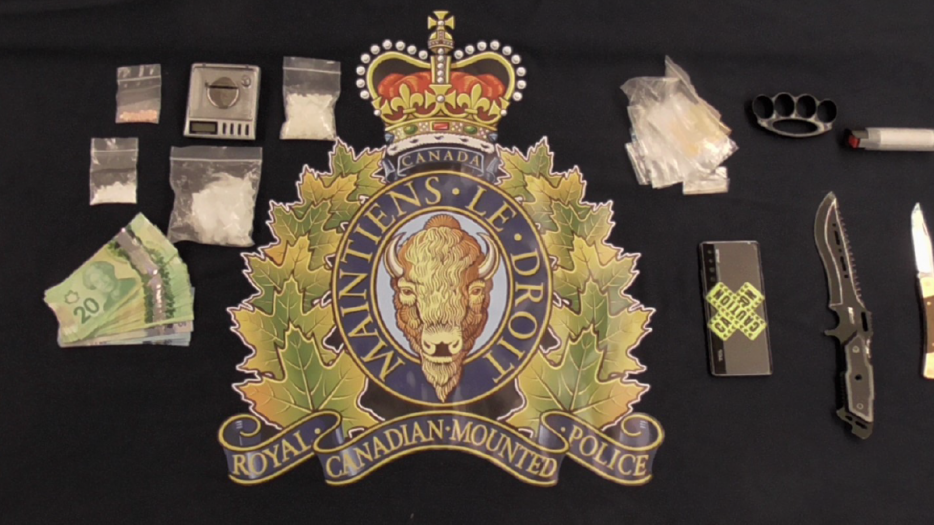 Police have arrested a Moncton woman and seized drugs and weapons in connection to an ongoing drug trafficking investigation. (Courtesy: NB RCMP)

RCMP in New Brunswick have arrested a Moncton woman and seized drugs and weapons in connection to an ongoing drug trafficking investigation.

Police stopped a vehicle on Vail Street as part of their investigation on Aug. 1 just after 4 p.m.

According to a news release, several items were seized during the stop.

Police arrested a 33-year-old woman at the scene on a number of outstanding warrants.

After the arrest, a search warrant was executed on the seized items.

Police say they seized what is believed to be crystal methamphetamine, oxycodone, benzodiazepine, drug paraphernalia and money.

Prohibited weapons were also seized during the search.

The woman was later released. She is scheduled to appear in Moncton provincial court on Sept. 1 at 9:30 a.m.

Police say their investigation is ongoing.

Nobel prize in medicine awarded for research on evolution

This year's Nobel Prize in physiology or medicine has been awarded to Swedish scientist Svante Paabo for his discoveries on human evolution.

The British government on Monday dropped plans to cut income tax for top earners, part of a package of unfunded cuts unveiled only days ago that sparked turmoil on financial markets and sent the pound to record lows.

It's voting day in Quebec, a border crossing was unexpectedly closed Sunday night, and the Toronto Raptors begin their pre-season with a win in Edmonton. Here's what you need to know to start your day.

Ukrainian troops continued to push forward Monday with their offensive that has embarrassed Moscow, with Kyiv officials and foreign observers hinting at new gains in the strategic southern region of Kherson.