More messy weather on the way to the Maritimes 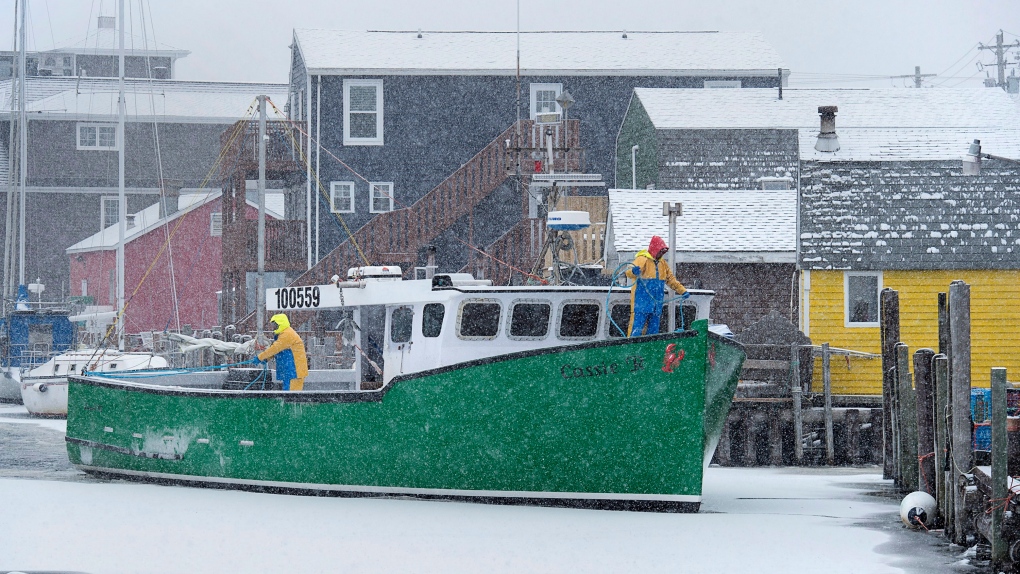 Snow, or a mix of rain and snow, is expected to begin late Saturday night for Nova Scotia while New Brunswick and Prince Edward Island see flurries. (THE CANADIAN PRESS)

HALIFAX -- Late Saturday, a developing low-pressure system will move off the eastern seaboard of the U.S. passing first south and then east of Nova Scotia on Sunday. While not moving directly through the Maritimes the system is forecast to come close enough to bring an accumulating snowfall to the region. 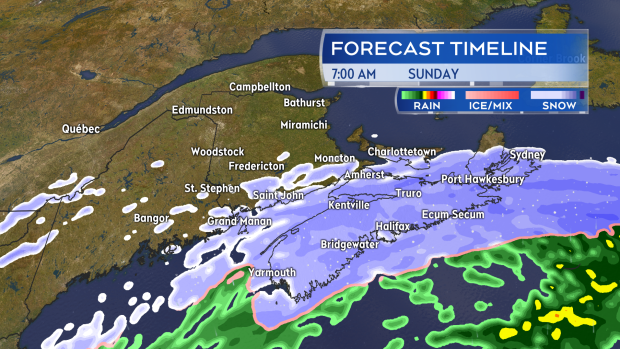 Snow is forecast to fall steady for much of Nova Scotia on Sunday. Lighter snow and flurries for parts of PEI and New Brunswick.

Much of mainland Nova Scotia can expect five to 15 centimetres of snow in total. Areas closer to the Atlantic coastline beginning in Queens County and extending all the way into Cape Breton have the best chance of seeing the higher range forecast. Eastern Halifax County as well as Guysborough, Richmond, and Cape Breton Counties may hit a higher range of 15 to 25 cm. Lighter snow for P.E.I. and New Brunswick will add up to amounts ranging from a dusting to between two and 5 cm. 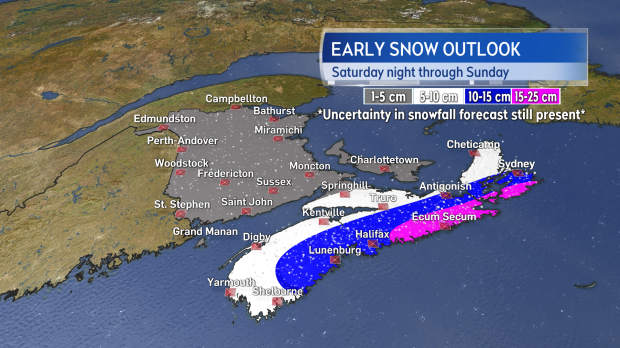 While some uncertainty in the snowfall forecast still exists it looks like the most snow will fall for eastern areas of Nova Scotia.

Wind will increase through the day on Sunday peaking with gusts from the north and northwest of 40 to 70 km/h with the strongest around the Atlantic coastline of Nova Scotia. That will be enough to get falling snow blowing around further impacting visibility. Much like the snowfall forecast, the wind forecast will increase if it starts to look like the low will move in closer to the coast. 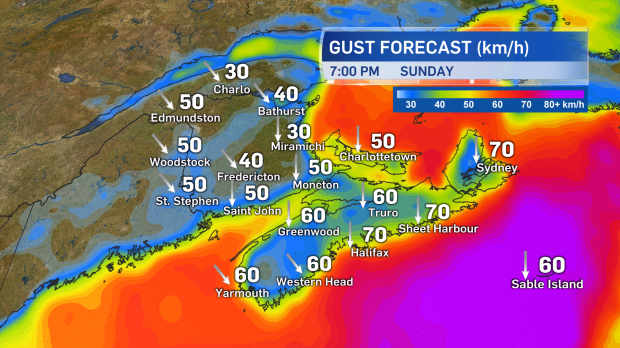 Winds will increase from the north and northwest as snow fall on Sunday. The combination will lead to areas of blowing and drifting snow.

A special weather statement has been issued by Environment Canada. The best thing to do with a forecast such as this is to continue checking in for updates and be prepared to adjust your Sunday travel plans in response to the conditions.