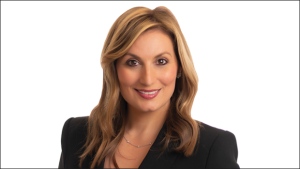 Co-producer and host, CTV News at 5

Maria Panopalis is a co-host and producer of the CTV News at 5. She knows the show well, having produced and hosted its entertainment/pop culture segment Section Six for several years.

While well-versed in social media and pop culture, Maria also enjoys sharing stories unique to our region. Maria spent a year travelling the Maritimes, looking for undiscovered gems which she documented in the weekly segment In Our Backyard. One of her stories won a Radio and Television Digital News Award for Best Short Feature. She was also recognized with a prestigious International Edward R. Murrow Award for Breakfast Television in Nicaragua.