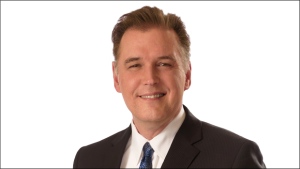 Bruce Frisko has been a favorite with CTV viewers since he moved to the Maritimes more than 20 years ago.