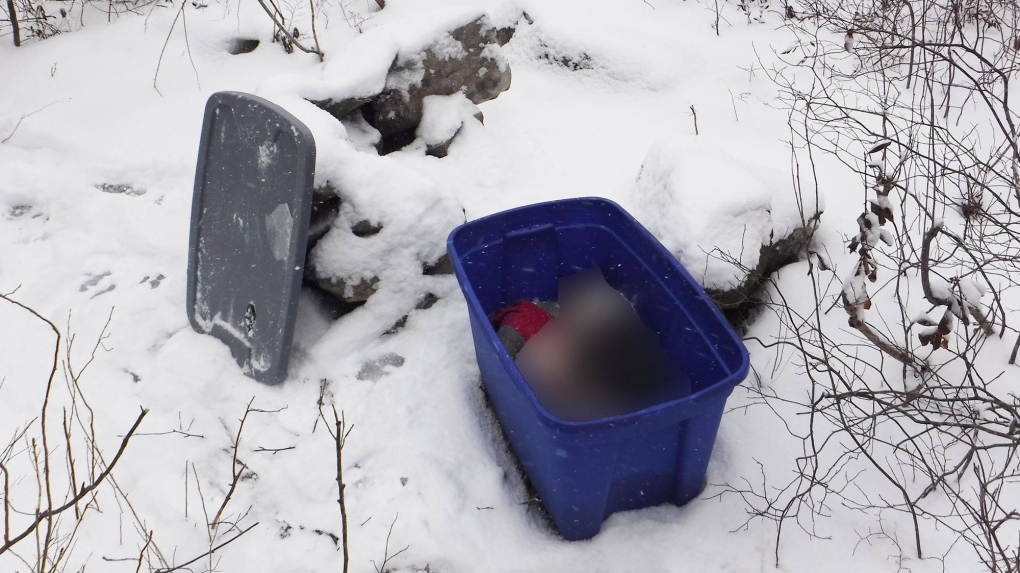 The SPCA says a mother cat and three kittens were found dead inside this tote box in the Albro Lake Park area of Dartmouth on Feb. 21, 2019. (Nova Scotia SPCA)

The Nova Scotia SPCA is investigating a case of animal cruelty after a mother cat and three kittens were found dead inside a tote box in Dartmouth.

The SPCA says someone found the tote box in the area of Albro Lake Park on Thursday.

The kittens were roughly eight weeks old. Necropsies are being done to determine their cause of death.

“Cases like this are particularly disheartening because the SPCA has an open admission policy, meaning that we will accept any companion animal into our care, regardless of health, breed, behavior or available space,” said the SPCA in a post on its Facebook page.

“This specific case is upsetting as the tote was found about a 5-minute drive away from our Dartmouth Shelter.”

The SPCA is asking anyone with information about the case to contact the organization.