Mother opens up about fertility challenges, struggles to have family 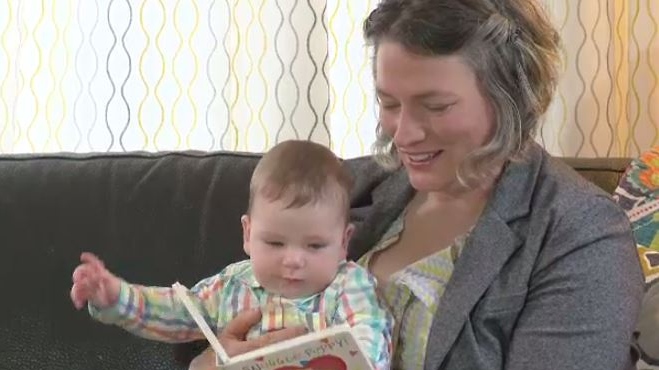 Canadian Infertility Awareness Week kicked off on Monday, giving the one in six Canadians who face fertility challenges a chance to share their stories and support others going through the same thing.

Canadian Infertility Awareness Week kicked off on Monday, giving the one in six Canadians who face fertility challenges a chance to share their stories and support others going through the same thing.

Sarah Curry faces fertility challenges, struggling to achieve their dream of having a family.

“We started probably around 2011,” she explains, “and after a couple of years of trying, sort of realized that something was wrong.”

After two years of trying, Curry’s first pregnancy resulted in an early miscarriage in 2013.

“That was pretty hard. It was a hard holiday season and a very emotional time.”

The next year, she sought help at an infertility clinic, and the year after that, her first round of unsuccessful in vitro fertilization.

In 2016, she had two frozen embryos implanted, both ended in miscarriage.

“You start wondering if you’ll ever fall pregnant and stay pregnant.”

Curry and her husband persisted.

Her miracle finally came in 2017, after a double transplant of frozen embryos.

Curry says it was an amazing feeling, but the years leading up to that point were extremely difficult.

Canadian Infertility Awareness Week is a time to support those dealing with fertility issues, and encourage them to speak out.

Carolynn Dubé is the executive director of Fertility Matters Canada.

She says hearing similar stories can help in what can be an often isolating time.

“The focus this year really is on standing up, telling your story, sharing your journey so that other people who have been struggling in silence feel less alone,” explains Dubé, “they feel more empowered.”

Curry openly shares her story, and appreciates anybody who opens up to her in return.

“It’s reassuring to know that there are other couples out there that are facing similar battles.”