Motorcyclist airlifted to hospital after crash on N.S. highway 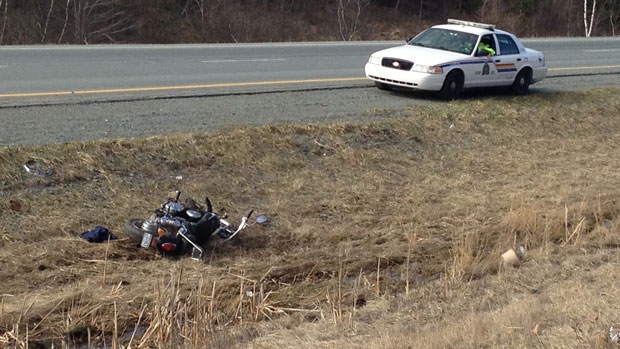 A man has been hospitalized with serious injuries after his motorcycle crashed on Nova Scotia's Highway 102. (CTV Atlantic)

A 56-year-old man has been airlifted to a Halifax hospital after his motorcycle crashed on Nova Scotia’s Highway 102.

RCMP responded to the crash scene near Fall River after 3 p.m. Thursday.

They say the motorcycle left the highway north of Exit 4C and ended up in the median.

The driver was airlifted to the Queen Elizabeth II Health Sciences Centre with serious injuries that are believed to be life-threatening.

The RCMP closed down north and southbound lanes to allow LifeFlight to land.

The southbound lanes have reopened, but the northbound lanes are expected to be down to one lane for several hours as police investigate the cause of the crash.

Police warn traffic is congested and motorists are being urged to drive with caution and reduce their speed in the area.