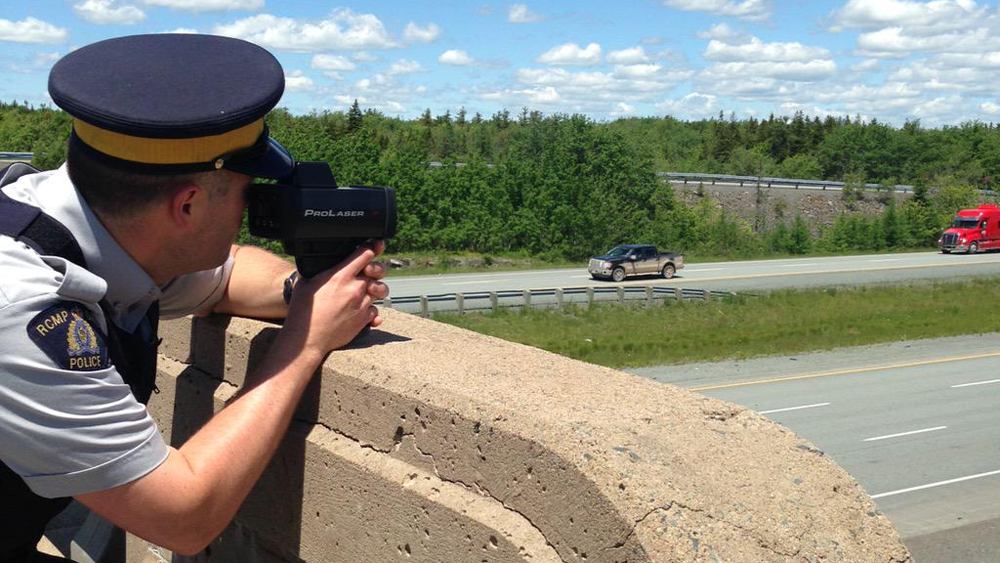 An RCMP officer checks for speeders on a Nova Scotia highway in this file photo.

A motorcyclist has been charged with stunting after they were clocked travelling 87 km/h over the posted speed limit in Cape Breton.

An RCMP officer was patrolling Highway 105 near Baddeck when they spotted the motorcycle travelling at a high rate of speed around 6 p.m. Tuesday.

The officer stopped the motorcycle without incident.

The 44-year-old driver from Quebec has been charged with stunting. Their vehicle was seized and towed from the scene.