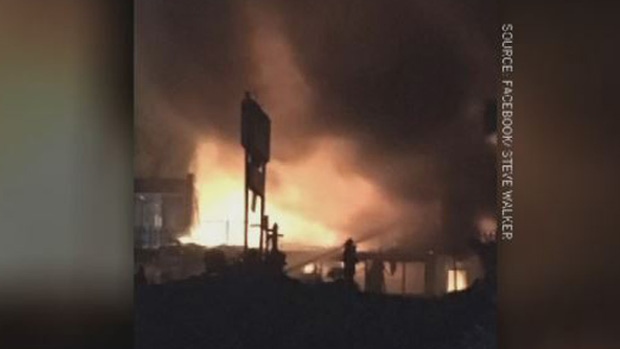 The John Gyles Music Room and Inn in Hay Settlement, N.B. has been destroyed by fire. (Steve Walker/Facebook)

The Woodstock RCMP have confirmed the identity of the victim of a fatal structure fire at a motel in Hay Settlement, N.B.

Police say she was a 45-year-old woman from Limestone, N.B., but did not release her name.

West District RCMP and the Woodstock Fire Department responded to a fire at the John Gyles Music Room and Inn at around 4 a.m. on Aug. 30. After extinguishing the blaze, which destroyed the office, restaurant and bar area, they discovered a body in the debris.

The preliminary results of the autopsy did not reveal anything suspicious in the woman’s death.

“While the exact cause of the fire is still being investigated, it does not appear to be criminal in nature,” the RCMP said in a news release.