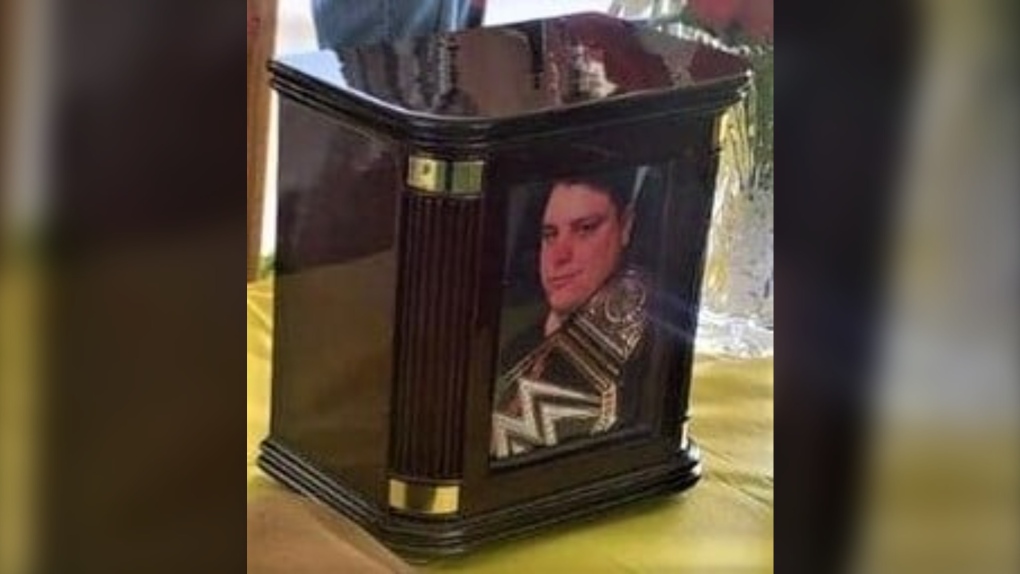 Police in Nova Scotia are asking for the public's help as they investigate a break-in that resulted in the theft of several items, including an urn containing cremated remains. (Source: N.S. RCMP)
UPPER RAWDON, N.S. -

Police in Nova Scotia are asking for the public's help as they investigate a break-in that resulted in the theft of several items, including an urn containing cremated remains.

The RCMP in East Hants say the theft was reported Dec. 30 from a home in Upper Rawdon, about 60 kilometres north of Halifax.

The Mounties say the stolen urn contained the ashes of the homeowner's late son, and a laptop, a television and jewelry were also taken.

The Mounties' online appeal prompted a number of responses, most of them comments about the loathsome nature of the crime.

Some described what happen as disgraceful, sick, unbelievable and heartless, while one person asked: "How low can people go?"

McDonald's to sell its Russian business, try to keep workers

More than three decades after it became the first American fast food restaurant to open in the Soviet Union, McDonald's said Monday that it has started the process of selling its business in Russia, another symbol of the country's increasing isolation over its war in Ukraine.

Aaron Salter was one of 10 killed in an attack whose victims represented a cross-section of life in the predominantly Black neighbourhood in Buffalo, New York. They included a church deacon, a man at the store buying a birthday cake for his grandson and an 86-year-old who had just visited her husband at a nursing home.

A driver who struck and killed a woman and her three young daughters in Brampton, Ont., nearly two years ago is set to be sentenced today.

Justice advocate David Milgaard, a man who was wrongfully convicted of murder and spent more than two decades in prison, has died.

In Montreal, a pioneering clinic in the emerging field of psychedelic-assisted psychotherapy is about to become the first health-care facility in Quebec to legally treat depression with psilocybin.

The moon glowed red on Sunday night and the early hours of Monday, after a total lunar eclipse that saw the sun, Earth and moon form a straight line in the night sky.

The European Union's efforts to impose a new round of sanctions against Russia over the war in Ukraine appeared to be bogged down on Monday, as a small group of countries opposed a ban on imports of Russian oil.

Most of Shanghai has stopped the spread of the coronavirus in the community and fewer than 1 million people remain under strict lockdown, authorities said Monday, as the city moves toward reopening and economic data showed the gloomy impact of China's 'zero-COVID' policy.

A man opened fire during a lunch reception at a Southern California church, killing one person and wounding five senior citizens before a pastor hit the gunman on the head with a chair and parishioners hog-tied him with electrical cords.