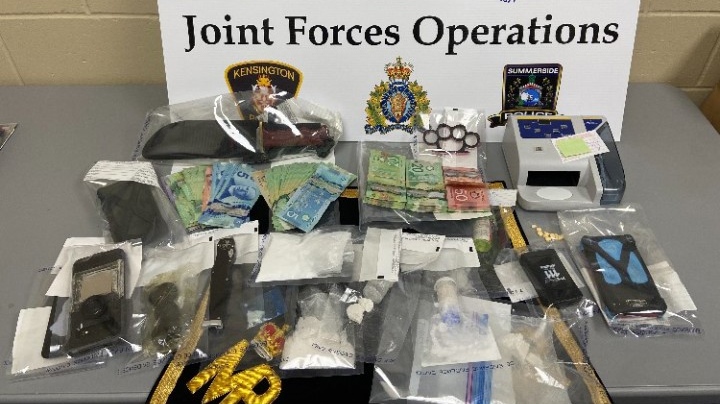 HALIFAX -- A drug unit on Prince Edward Island seized various drugs and weapons during a raid on Water Street in Summerside, P.E.I., on Thursday.

The joint unit, which consists of RCMP members as well as Summerside and Kensington police officers, arrested two people after executing a search warrant on the property.

The RCMP wrote in a news release that they charged Lawrence Cameron and Ashley Kurylyk with various drug trafficking and weapons charges.

Cameron was held in custody and was scheduled to appear in provincial court on Friday.
"Cameron has a criminal record with several convictions for drug trafficking and was on probation for these previous convictions at the time of his arrest," the RCMP wrote in a news release.