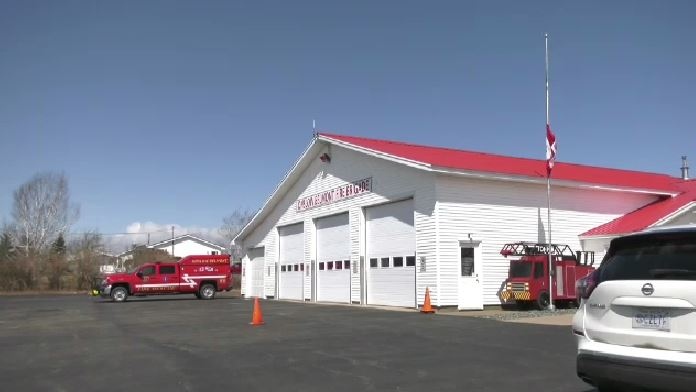 Based on everything the officers had seen and heard since coming on duty, and what they observed at the time, SIRT says their investigation found that they had reasonable grounds to believe that the man at the Onslow fire department was the killer and someone who would continue his killing rampage.

HALIFAX -- Just before two RCMP officers opened fire on a fellow officer and a civilian during last year's Nova Scotia mass shooting, they struggled with congested radio channels and mistook a man wearing a bright vest for the killer.

These are among the fresh facts revealed Tuesday in a police watchdog agency report clearing the Mounties of criminal wrongdoing after they fired five shots with high-powered rifles outside the Onslow, N.S., firehall.

The six-page report by the Serious Incident Response Team says the "totality of the evidence" prompted the officers to believe the killer was standing just 88 metres away from them on the morning of April 19.

"They discharged their weapons in order to prevent further deaths or serious injuries .... The (officers) had reasonable grounds to believe the person they saw, who was disobeying their orders, was the mass murderer who had, in the preceding hour, killed three more persons," it concludes.

The six-page document traces the 10:21 a.m. incident -- which didn't result in deaths or injuries -- to the early hours of the morning, when the two officers were recalled to duty at 3 a.m. for a briefing as the shootings that would take 22 lives unfolded.

According to the report, they were told that the spouse of the killer had said the gunman was driving a replica RCMP car and was wearing an orange vest.

"They learned that several children had witnessed their parents being shot dead .... The actual total number of victims was unknown at the time of the briefing because several buildings in Portapique were on fire, and whether there were additional victims had not yet been determined," the report says.

They also had been briefed that the gunman had high-powered weapons with laser-mounted sights.

Several hours after the first briefing, there were radio transmissions saying the killer had murdered a woman in Wentworth, N.S.

At that point, the two officers were "transitioned from investigators to being involved in the hunt for the killer," the report says. Through the morning, reports of additional murders came over the radio, including two women in the Debert, N.S., area, which is about a 10-minute drive from the Onslow firehall.

As they approached the firehall, which had been designated as a rest area, they saw a marked RCMP car parked in front and a man wearing a yellow and orange reflective vest standing next to the driver's door.

Felix Cacchione, the director of SIRT, said in an email to The Canadian Press that he didn't have an exact time of arrival. "I can only extrapolate from the radio communications that it was about a minute before shots were fired," he wrote.

According to the report, both officers got out of their vehicle with their rifles and were still unable to reach anyone on the radio.

The report says they yelled "police," and "show your hands," but the civilian in the vest ducked behind the car before popping back up and running toward the firehall. The Mounties opened fire, with one officer firing four shots and the other a single shot.

During the killer's 13-hour rampage, the report found, there were 7,731 radio transmissions over emergency response channels. It says the "sole reason" the reason the officers couldn't transmit before opening fire was because "there was no available talk path due to the heavy volume of radio traffic."

It concluded the officers had a "lawful excuse" to fire their guns and didn't break Criminal Code provisions that prohibit officers from using their firearms in a careless manner.

"Based on everything (the officers) had seen and heard since coming on duty and what they had just observed, they had reasonable grounds to believe that the (civilian in the vest) was the killer and someone who would continue his killing rampage," says the report.

In a statement on its Facebook page Tuesday, the Onslow Belmont Fire Brigade∩╗┐ said it is "frustrated and disappointed that there will be no accountability for the RCMP. Their actions that day endangered lives, damaged property and caused mental health issues for many of the people involved."

An RCMP spokesperson did not immediately respond to a request for comment about whether any disciplinary action has been taken against the two officers.

This report by The Canadian Press was first published March 2, 2021.