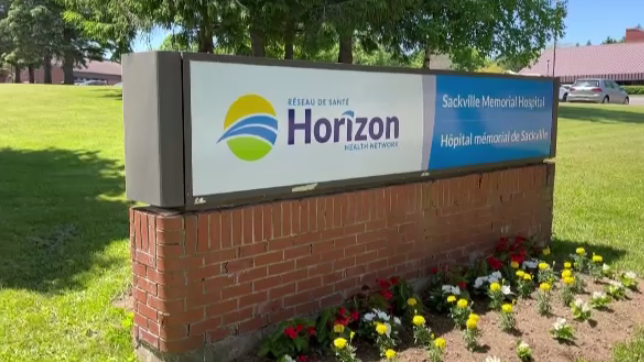 It's becoming all too routine in New Brunswick, emergency room closures were announced again over the holiday weekend.

The Sackville Memorial Hospital closed again Friday due to a shortage of doctors to operate the department according to Horizon Health Network.

"I think it's not just on holidays its any time as everyone's aware I think we're 8:00 – 4:00, seven days a week in our emergency department," Mesheau said.

The emergency department of Dr. Georges-L.-Dumont University Hospital Centre in Moncton is asking the public to limit visits for the entire weekend - except in cases of an actual emergency.

The first long weekend of summer has doctors concerned for the incidents that go along with it.

"Dehydration, alcohol consumption, boating which needs to be thought about, there's also more of a risk to our under serviced populations and at risk groups," said NBMS President Dr, Mark MacMillan.

Staffing shortages and giving healthcare workers a rest to recharge is leaving emergency departments with their hands tied.

"We can't have a nurse or physician work 24 hours a day seven days a week," Dr. Macmillan said.

"It's not safe and it's also not safe for the physician or nurse it's been a very trying time over the last two and a half years and people do need some time away," he said.

The Sackville Memorial Hospital emergency department is slated to reopen at 8 a.m. Saturday.

While late Friday afternoon, Horizon Health announced Sussex Health Center's ER will be closed for all of Saturday.

"There's a large meeting just happened this past Wednesday, with all kinds of stakeholders at the table so you are going to see some things moving forward," said Dr. MacMillan.

Communities are coming together with health authorities to figure out solutions and recruit healthcare workers.

"When you talk about attracting people into a community when you're trying to fill these positions there's a lot of things that go with it," Mesheau said.

"It's not just the job it's where you're living," he said.

New Brunswick is not alone. On Prince Edward Island, the CEO of PEI Health is advising residents to expect longer than average wait times at island emergency rooms due to staffing shortages over the long weekend.