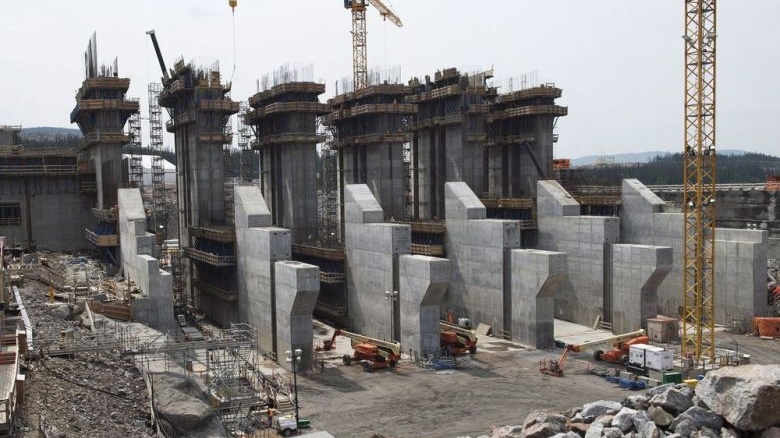 The construction site of the hydroelectric facility at Muskrat Falls, Newfoundland and Labrador is seen on Tuesday, July 14, 2015. Andrew Vaughan / THE CANADIAN PRESS
ST. JOHN'S, N.L. -

Newfoundland and Labrador's Muskrat Falls hydroelectricity project is once again behind schedule.

Documents submitted to the province's Public Utilities Board say the project's overall Nov. 26 completion date is "not achievable."

The Newfoundland and Labrador Hydro report dated Oct. 7 says problems persist with the transmission line that will carry power from Labrador to the island of Newfoundland.

The report says GE Canada has not yet fixed all the bugs in the software required to operate the line.

Muskrat Falls is already years behind schedule and drastically over budget, and it's not clear if the latest delay will affect its bottom line.

Prime Minister Justin Trudeau announced in July a $5.2-billion refinancing deal for the project to help offset costs that would have otherwise resulted in a near doubling of the province's residential electricity rates.