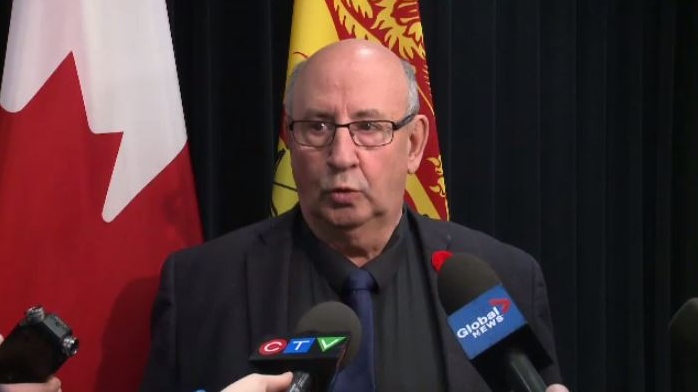 The directive was announced two weeks ago, but apparently some people were not aware, Carl Urquhart said in an interview Tuesday.

FREDERICTON -- New Brunswick's public safety minister is reminding owners of restaurants, bars and other venues that welcome large gatherings, that they are required to collect the personal information of patrons in case of an outbreak of COVID-19.

The directive was announced two weeks ago, but apparently some people were not aware, Carl Urquhart said in an interview Tuesday.

New Brunswick's mandatory order says anyone accepting patrons for the purposes of eating, drinking, socializing, ceremony or entertainment, are required to collect their contact information and make it available to public health inspectors.

The same requirements apply to anyone who "hosts, organizes or permits gatherings larger than 50," the order reads.

Urquhart said he has asked the Health Department and the province's workplace safety agency to meet with businesses to make sure everyone is informed about the rule that went into effect June 19.

"This way we have a record and can go back to them and say there was an outbreak while you were there," he said. "We want to get you tested and need to know who you've been in contact with."

The minister said the rule won't be enforced until he's sure everyone is aware of it. Violators, he said, could eventually face fines.

There were no new cases of COVID-19 in New Brunswick on Tuesday.

COVID-19 update: There are no new cases today. Details on cases and testing can be found on our website.

New Brunswick has had 165 cases of COVID-19 including two deaths. As of Tuesday, there was just one active case in the province and no one was being treated for the disease in hospital.