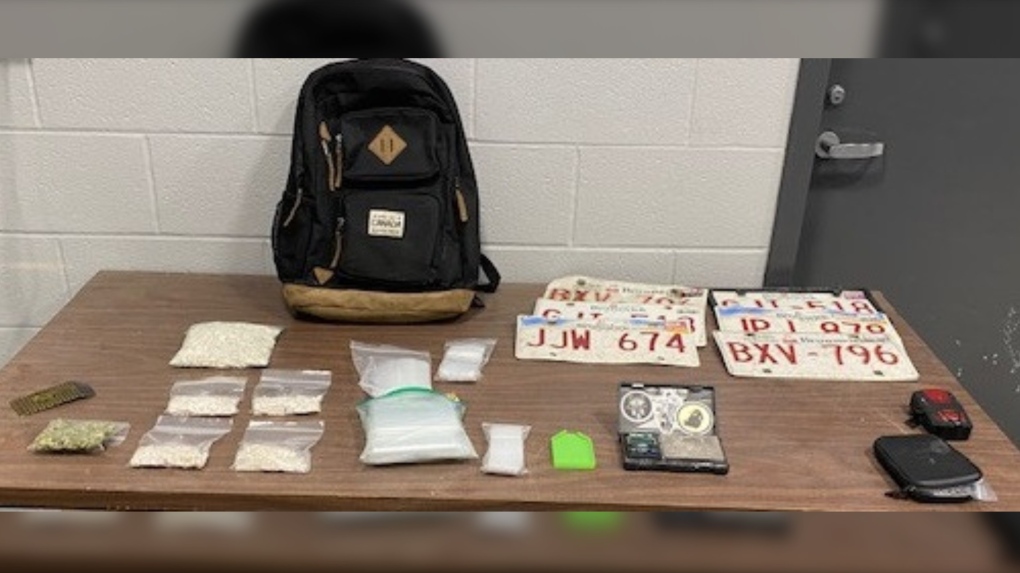 Police say during the arrest, Grand Fall police seized quantities of what is believed to be methamphetamine. (Photo courtesy: Saint-Léonard RCMP)

HALIFAX -- A 20-year-old man from Saint-André, N.B., is facing several charges following a drug seizure related to a joint investigation by the RCMP and the Grand Falls Police Force.

On Nov. 7, officers with the Grand Falls Police Force arrested a man at a business on Tobique Road in Grand Falls, N.B. After police learned the man was wanted in connection with several ongoing investigations by the Saint-Léonard RCMP, members of the RCMP were called to the scene.

Police say during the arrest, Grand Fall police seized quantities of what is believed to be methamphetamine, as well as Canadian currency.

Upon arrival, the RCMP noticed a prohibited firearm in the man’s vehicle. During a subsequent search of the vehicle, police seized a firearm, ammunition, and a large quantity of crystal methamphetamine pills.

Police say Ledoux was remanded in custody pending a court appearance to enter a plea on Nov. 25.

Anyone with information about, or who suspects, illegal drug activity in their neighbourhood is asked to contact police or Crime Stoppers.