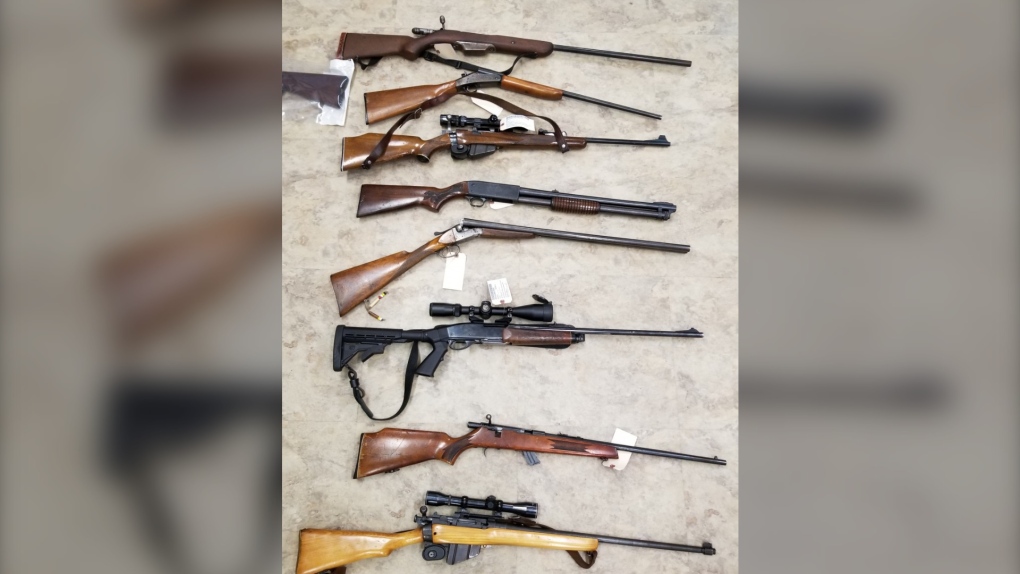 On April 5, the Sunny Corner RCMP executed two search warrants at residences on Micmac Road and Mountain Road in Metepenagiag First Nation. Police say a third search warrant was also executed at a home on Route 420 in Cassilis, N.B., near Sunny Corner.

During the searches, police say they recovered eight firearms, a Honda generator and two televisions, along with several pairs of snowshoes, lawn-care equipment, fishing rods and various camping-related items.

Augustine appeared in Miramichi Provincial Court on April 8 and was charged with possession of property obtained by crime over $5,000 and failure to comply with a probation order. He was remanded into custody and is scheduled to return to court at a later date.

The RCMP are actively trying to locate the owners of the recovered items as part of their investigation.

Police have released photos of the stolen items and are asking anyone who believes the items could be there's to contact the Sunny Corner RCMP.