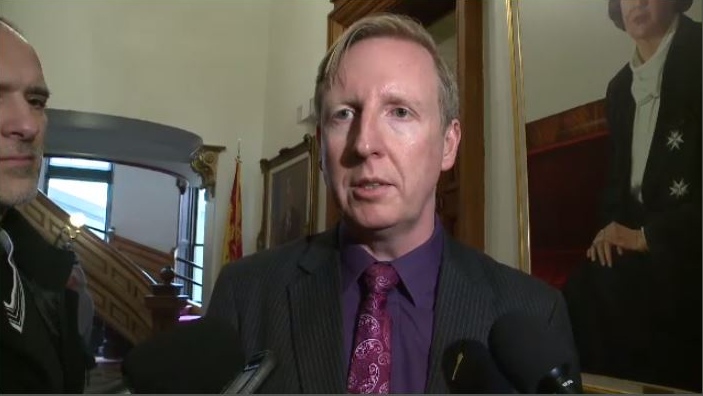 In light of the regional outbreak of measles, New Brunswick Education Minister Dominic Cardy says he'll use everything in his power to ensure students who can be vaccinated are.

Christine Boudreau, president of the New Brunswick Pharmacists' Association, says while the province's recent measles outbreak is over, there's a need to remain vigilant.

A dozen people became ill with the disease, but have all recovered.

Paul Blanchard, the association's executive director, said immunization rates have dropped because of the anti-vaxxer movement and a more relaxed view of vaccines generally.

"Vaccines have been probably the most significant accomplishment over the last generation and now many people are taking it for granted," he said in an interview Thursday.

He said 76.4 per cent of children entering kindergarten met immunization requirements in 2017-18.

Some pharmacies have placed petitions calling for stricter immunization requirements.

"We feel there is a role we can play in educating the public. We want to show that the majority of the public supports vaccines," Blanchard said.

Dominic Cardy, the minister of education and early childhood education, introduced amendments to the Education Act and the Public Health Act last month.

The bill, known as Bill 39, would require students attending public schools and children in licensed early learning and child care facilities to provide either proof of immunization or a formal medical exemption.

"Vaccines are a safe and proven way to prevent the spread of many diseases, some of which can be life threatening, especially for individuals with compromised immune systems," Cardy said.

Public hearings on Bill 39 will take place Aug. 27-29 at the Legislative Assembly.

It's expected some people may argue against the bill as an infringement on their civil liberties, but Blanchard says the public good must sometimes take priority.

"There are precedents here for those kinds of things. You can't smoke in public now. You are bringing harm to the general community when you do that," Blanchard said.

"Sending kids to school when they are not immunized puts all the kids in the school system at risk," he said.