RUSAGONIS, N.B. -- Two Maritime potters are not only throwing their clay on a wheel, but they're putting their shop on wheels too. 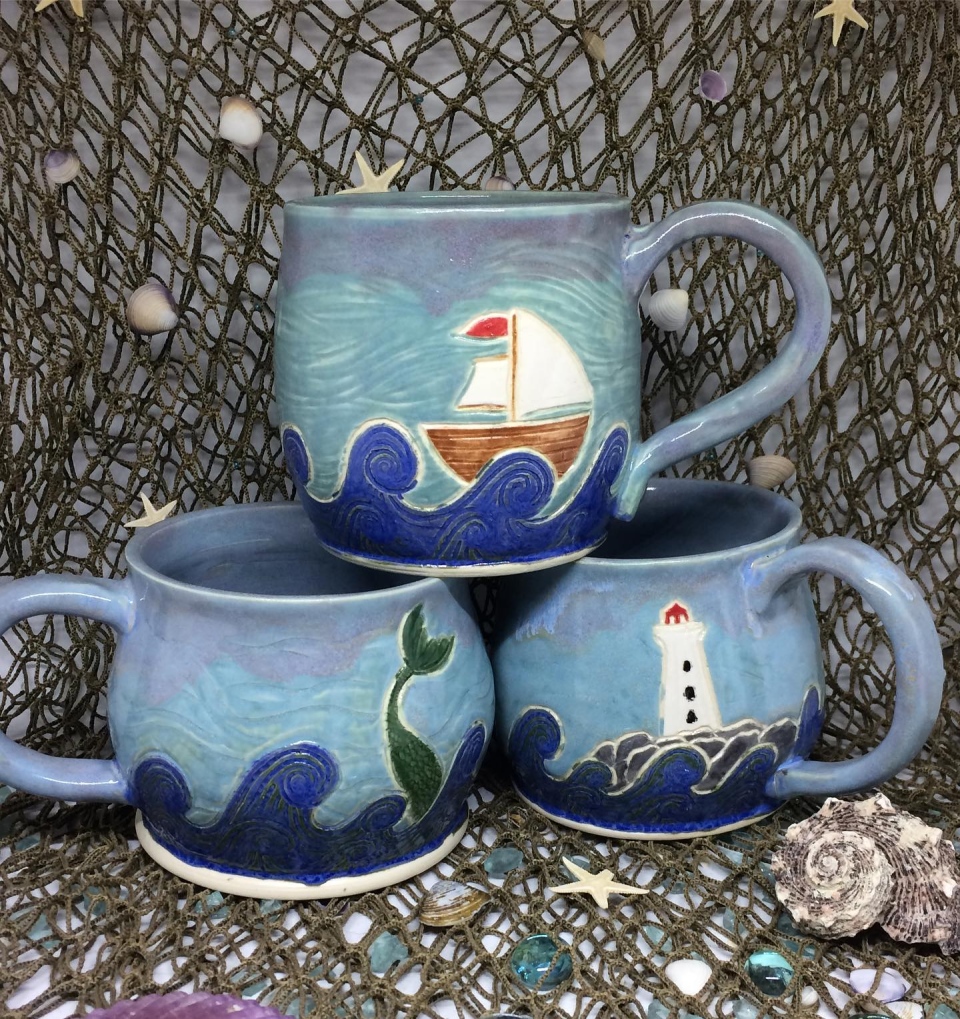 The pair says the business wasn't cut-out for a regular market schedule.

"Pottery is such a lengthy process, so we were having trouble having stock ready every single week," explained Kylie. "This allows us to have that flexibility that we can pop-up when we have pottery ready and available and we don't have to commit to a certain day or a certain time."

The creative couple moved to the Maritimes from Alberta in the beginning of 2020, with plans to do pottery full-time. They say they wanted to live a more stress-free lifestyle and to spend more time as a family.

"Designing it, carving it, putting handles on it, glazing it, that's something that we can do together and Tim has really been growing his skills in the last year,so yeah, I'd say we're doing it about 50/50," said Kylie. 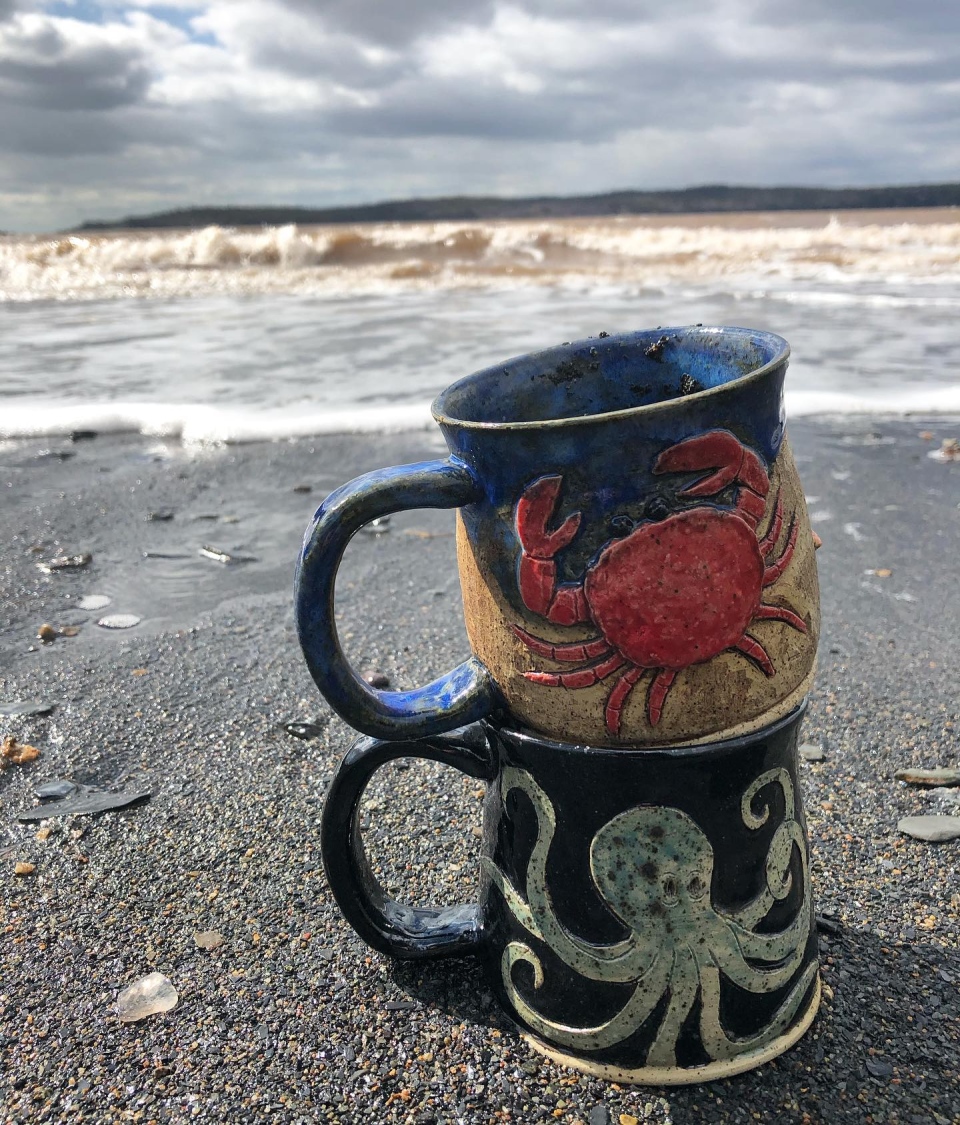 In order to make their business mobile, the Osmond's transformed a used trailer into a pottery boutique on wheels. 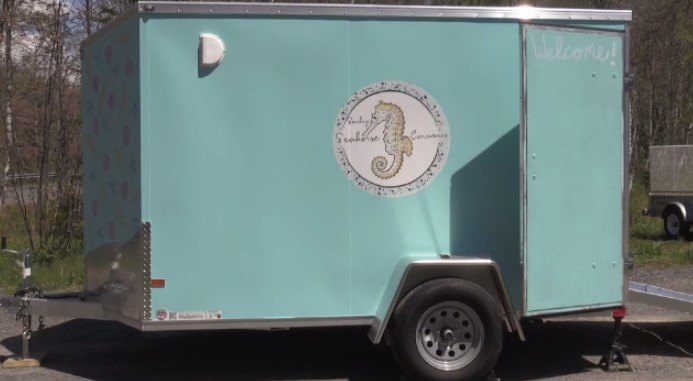 "The shelving is made out of the flooring out of my daughter's bedroom, because we were renovating our house and kind of just used reclaimed material that we had because we didn't have a lot of money to put into this," said Kylie.

The Smiley Seahorse Ceramics mobile boutique had its opening day last weekend in Fredericton. The couple sold half of their stock, which they say was a successful start.

"We're going to start picking out some different areas to start setting up shop, king of testing the local waters, so to speak, to see what starts bringing in people," said Tim. "We've been considering settling up in Saint John and Saint Andrews. Some of the port cities." 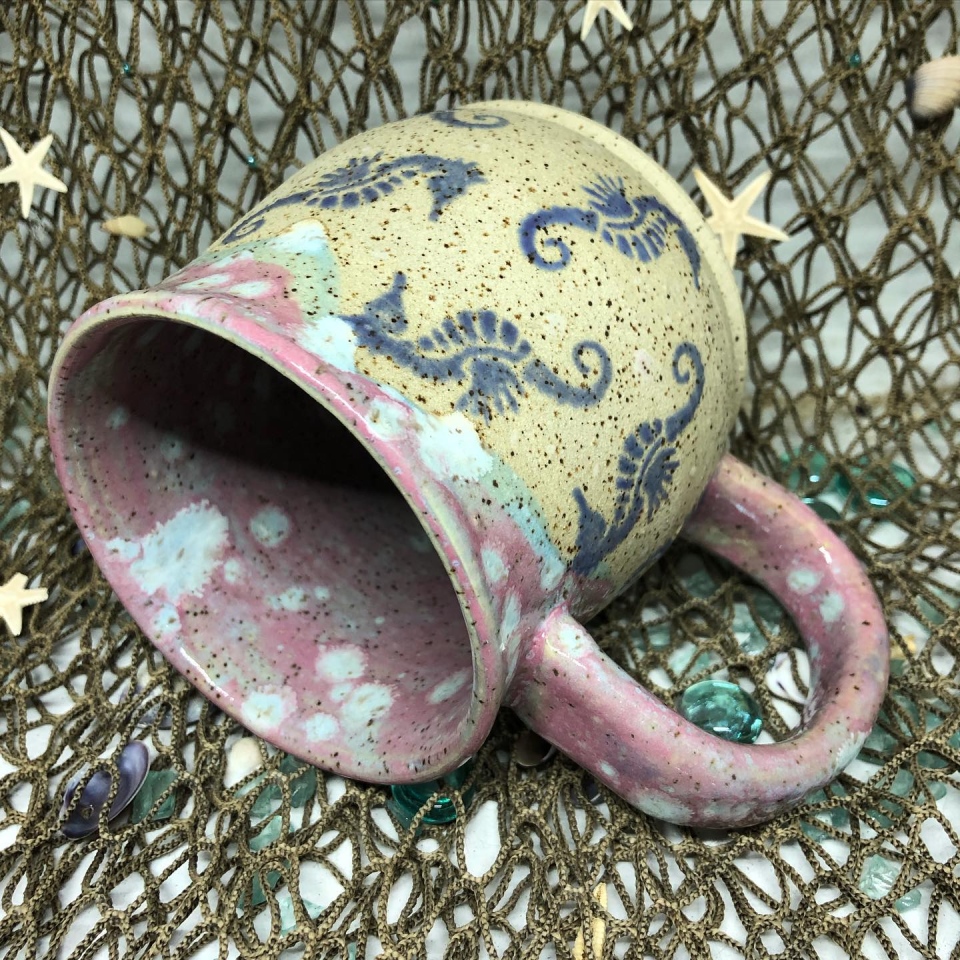