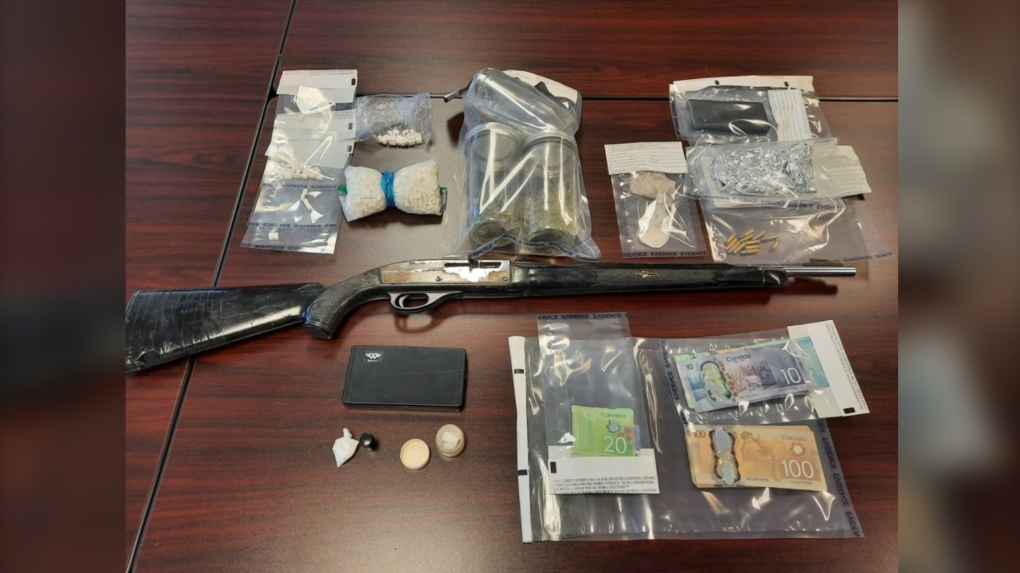 Police say they seized quantities of what is believed to be methamphetamine, an unsecured loaded firearm and money. (Photo courtesy: RCMP)

HALIFAX -- Three people from Florenceville-Bristol, N.B. have been arrested after police seized a quantity of drugs, money, and a loaded firearm from a home in the community.

On Thursday at approximately 9 a.m., the Western Valley Regional RCMP executed a search warrant at a home on Green Street.

As a result, police say they seized quantities of what is believed to be methamphetamine, an unsecured loaded firearm and money.

RCMP say a 37-year-old man, a 41-year-old woman, and a 54-year-old man were arrested at the scene. They were later released and are scheduled to appear in court in August.

The New Brunswick RCMP is reminding anyone with information about, or who suspects, illegal drug activity in their neighbourhood to contact their local police or Crime Stoppers.