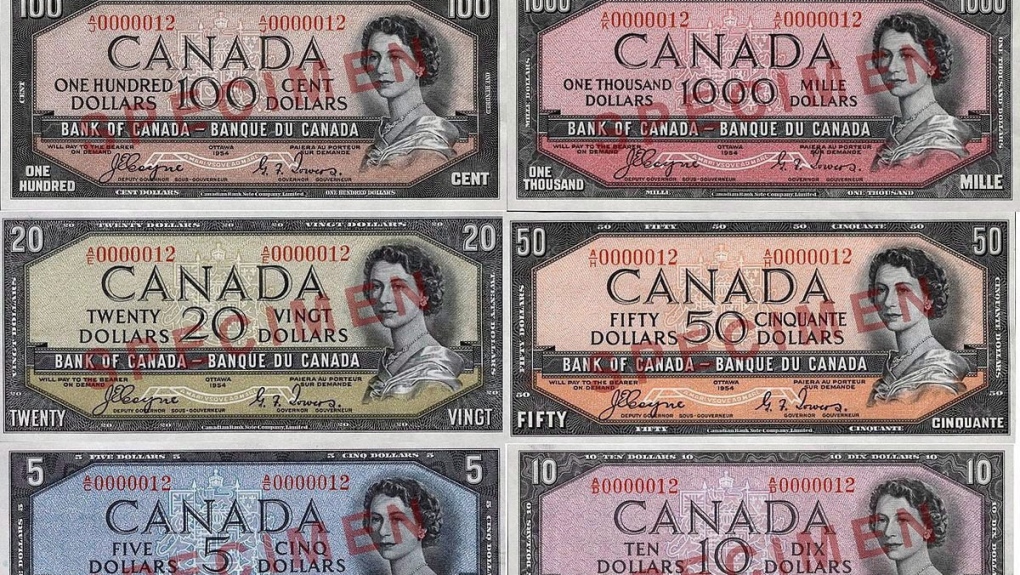 Specimen 1954 series banknotes are shown in this undated police handout photo. The West District RCMP is seeking the public's help with an investigation of a break, enter and theft at a home in Sainte-Anne-de-Madawaska, N.B. (THE CANADIAN PRESS/HO - Cape Breton Regional Police)

SAINTE-ANNE-DE-MADAWASKA, N.B. -- New Brunswick thieves have made off with a unique collection of old Canadian currency dating back to the 1930s.

Seven rifles and two shotguns were also taken from the Sainte-Anne-de-Madawaska, N.B., home, as well as a collection of antique forks, gold jewellery and other items.

In August 2017, thousands of dollars in vintage bills dating back to the 1950s were stolen from a New Waterford home while the homeowners were away.