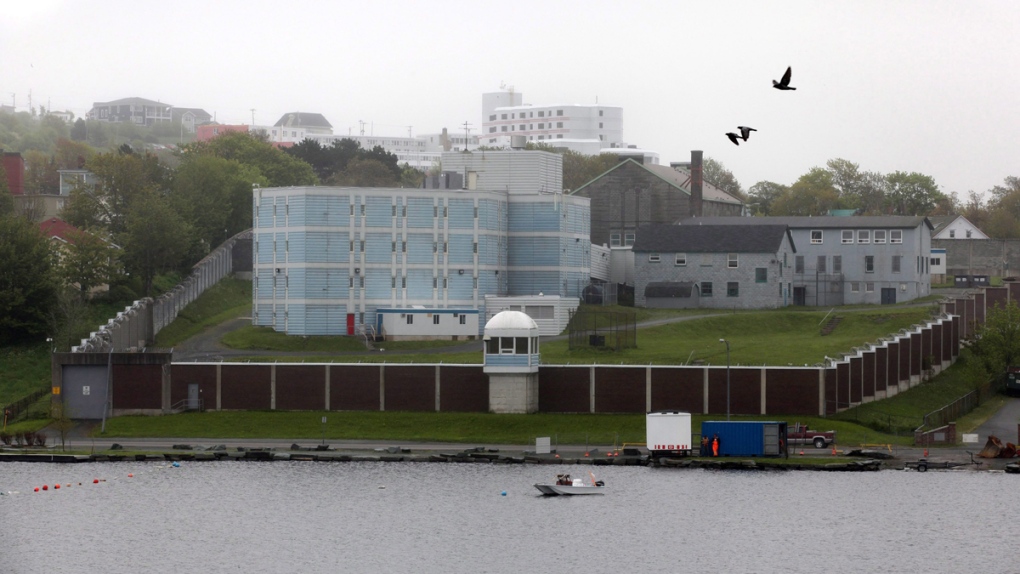 Greg Pike died by suicide, unsupervised in a St. John's jail, and he was incarcerated instead of given desperately needed help with his addictions and mental health issues, according to his younger sister.

In an interview Tuesday, Courtney Pike said she was speaking out about what happened to her brother because she wanted people to know the truth about Newfoundland and Labrador's correctional system and how it failed him.

"I can't bring my brother back," she said, her voice breaking. "I just want some justice, I just want something done. I don't want anyone else to die."

The provincial Justice Department said Tuesday in an email that a male inmate at Her Majesty's Penitentiary in St. John's was found unresponsive in his cell on Sept. 16. He was taken to hospital, where he died three days later, according to department spokeswoman Danielle Barron, who did not provide details about the cause or circumstances of his death.

"A thorough review will examine all the circumstances surrounding the death, including staff response and the appropriateness of related policies and procedures," Barron wrote.

Pike's death is at least the sixth death of an inmate in the province to be reviewed or investigated since 2017. Skye Martin and Samantha Piercey died at a women's correctional facility in Clarenville, N.L., in 2018. Three other men at Her Majesty's Penitentiary -- Doug Neary, Chris Sutton and Jonathan Henoche -- have died since 2017.

Henoche's death was ruled a homicide and led to charges against 10 correctional officers last year.

That was certainly Greg Pike's experience, his sister said.

Courtney Pike said she could barely contain her emotions when she read the Justice Department's statement reported in the media Tuesday. "It was like they were sweeping it under the rug, because they know this is an ongoing issue in the system," she said. "There is not enough help for mental health and addictions."

The 1850s-era jail in St. John's is known for its crumbling infrastructure and persistent rodent problems. The province has committed to building a new facility, and the Justice Department has said construction will begin next year.

Barron said Tuesday that the government could not comment on Courtney Pike's description of her brother's treatment at the jail or on his death, citing the ongoing review. Referring to Jesso's report, Barron added: "We have and will continue to review policies and procedures in Adult Corrections to ensure we meet best practices from across the country. Ensuring we have a safe and healthy living and work environment in our correctional facilities is a top priority."

Pike said her family wasn't told Greg was in the hospital until the morning after he was brought there. She is a nurse, and she said for the next few days until his death, she barely left his side, poring over his charts and scans.

"It was the worst thing I ever went through in my life," she said. "He did everything he could, he would not leave us, because he loved his little sisters, he loved his mom. I don't know how I'm going to get my mom through this."

Greg Pike would often call his family, sometimes in tears, saying he needed help -- sometimes even basic medical care -- and he wasn't getting it, his sister said. She said he had told the family that if fellow inmates were struggling, especially with suicidal thoughts, they would be placed into segregation units and left on their own.

He had a history of suicide attempts and he struggled with addictions and mental health for about a decade, Courtney Pike said, adding that he was incarcerated this time for breach of conditions. "How did this happen, he was supposed to be watched," she said. "How come my brother wasn't monitored closely, given his mental state?"

Dove said something needs to be done in the province about the way inmates with mental health needs are treated before someone else dies. "He asked for help and nobody gave it to him," she said. "I feel lost…I lost my best friend."

This report by The Canadian Press was first published Sept. 21, 2021.

The Canadian Press erroneously reported in a Sept. 21 story that Greg Pike's sister said he was alone in his cell when he took his life. In fact, he had a cellmate.