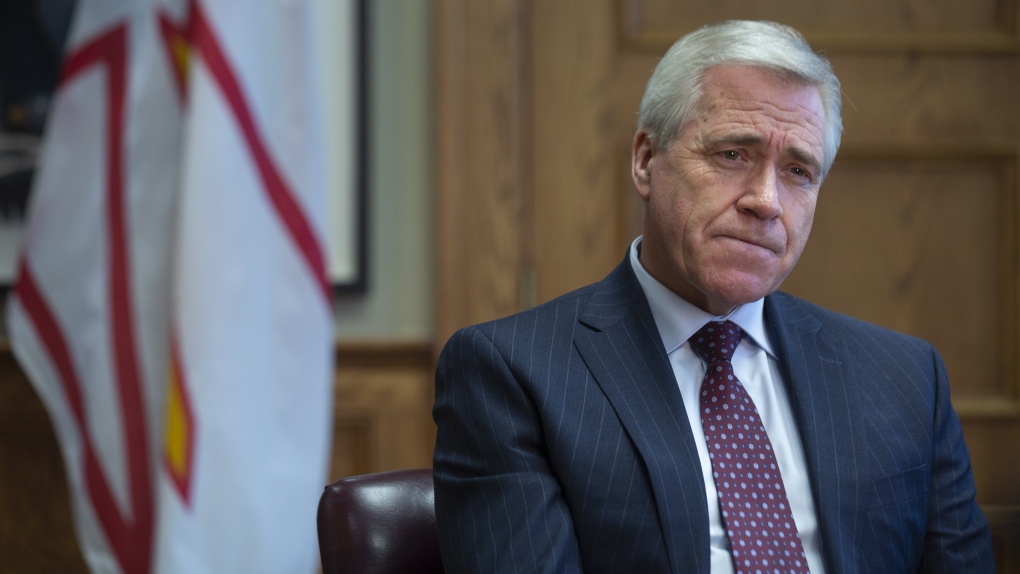 Newfoundland and Labrador Premier Dwight Ball poses in his office at the Confederation Building in St. John's on Tuesday, February 18, 2020. Newfoundland and Labrador's 14th premier will be announced Monday at a party leadership convention that has forced organizers to get creative with pandemic restrictions on crowds. Online and telephone voting began this week to elect the next leader of the Liberal Party of Newfoundland and Labrador, with 34,000 people eligible to cast figurative ballots for one of two men in the running to replace Ball.THE CANADIAN PRESS/Paul Daly

ST. JOHN'S, N.L. -- One of the two candidates running to become the next Liberal leader and premier of Newfoundland and Labrador is raising concerns about the remote voting process in the party's leadership election.

Online and telephone voting began this week to select a replacement for Liberal Premier Dwight Ball, and the winner is set to be announced Monday.

But candidate John Abbott says some people who are registered to vote had not received the PIN they need to participate as of Friday.

Abbott also raised concerns that some people have reported they cannot get through on the help line set up for voters.

He says the issues threaten the integrity of the election, in which he faces Andrew Furey, and the party should extend the voting deadline past Monday if necessary.

The party says it has confidence in the process, adding that the incidents are isolated and are being addressed as they arise.