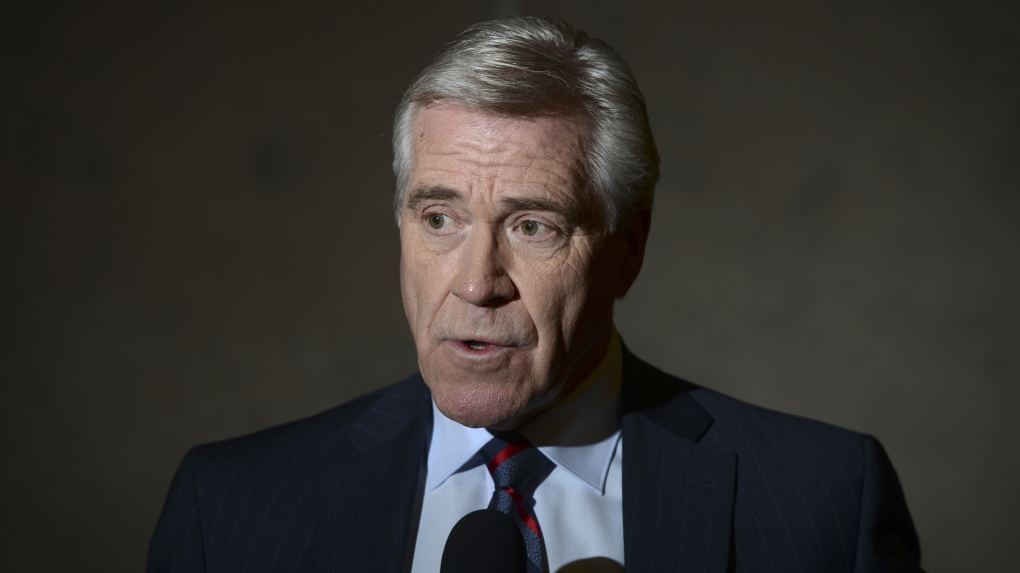 In this file photo, Dwight Ball talks to reporters after meeting with Prime Minister Justin Trudeau on Parliament Hill in Ottawa on November 26, 2019. Ball has announced that he will be stepping down as Premier of Newfoundland and Labrador. THE CANADIAN PRESS/Sean Kilpatrick

Party president John Allan announced the opening of the official call for nominations Monday. Leadership hopefuls have a quick turnaround -- less than two weeks -- before nominations close on March 6.

Ball kickstarted the process last week when he announced his intention to step down as soon as his party chooses a new leader.

Allan thanked the premier for his years in office at a news conference Monday, announcing "an exciting new chapter for the party."

Candidates must pay a $25,000 fee and collect signatures from 50 Liberal party members or supporters across 10 provincial districts.

The new leader will be announced May 9 after a leadership convention in St. John's.

Addressing the tight timeline, Allan said the 76-day period between the nomination call and voting day was chosen to be respectful of candidates' and volunteers' time.

Allan said he has spoken with "at least five or six" potential candidates as of Monday and is not concerned the timeline could deter people.

When asked if the cost of entry is prohibitive for potential candidates who are not independently wealthy, Allan said the condensed race should limit the amount of money spent and allow for a level playing field.

"I would expect a fair competition," he said.

Allan also addressed the lack of firm rules around spending caps and campaign-funding transparency. Candidates are not required to disclose their funding sources, but Allan said the party asks that candidates "consider" making the results of their campaign audits public.

John Samms, a member of the leadership organizing committee, said fundraising is a political reality and the winning candidate needs to be able to raise funds for a general election, which the law states must be held within one year of the new leader being sworn in as premier.

"It's just a simple fact that elections cost money, and fundraising is an element of being a successful politician," Samms said. He said the only way to change party fundraising rules is at a convention, and the timing of the premier's resignation did not allow for that during this race.

Allan said the party has plans to "modernize" its constitution at its next general meeting.

The leadership race will allow people to vote online or by phone, with party supporters and members aged 14 or older eligible. Allan said he expects tens of thousands of people could participate in the vote.

Ball has said he will continue to represent his Humber-Gros Morne district in the legislature until the next provincial election.

The premier, who was re-elected with a minority government last spring, announced his surprise resignation in a video last week, saying he wants to live a "more private life" with friends and family.

He said he decided to start the leadership process now given his government's minority status and the unpredictability of the next election date.

This report by The Canadian Press was first published Feb. 24, 2020.