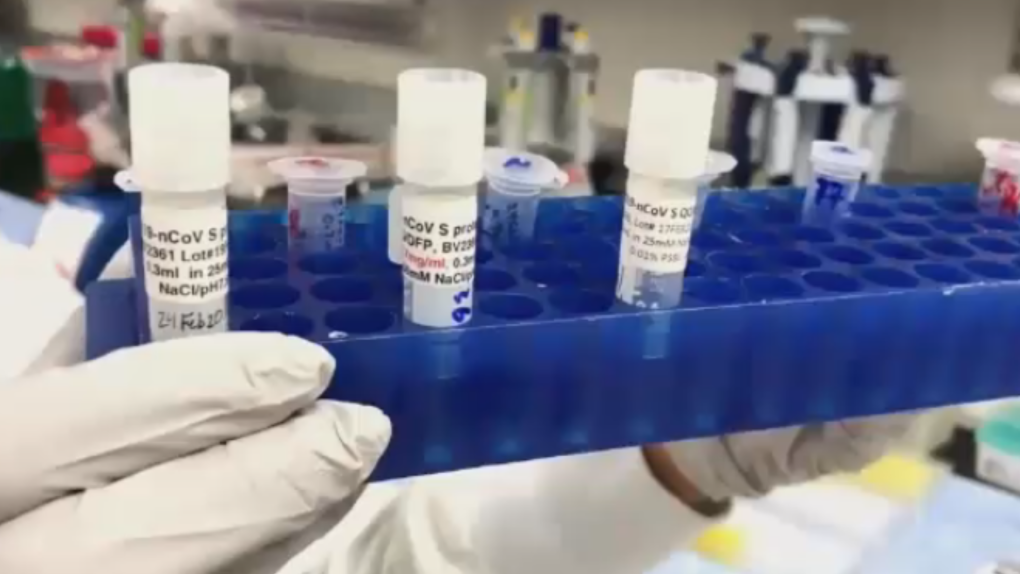 There are now 80 active known cases of COVID-19 in the province, down from 203 last Tuesday.

ST. JOHN'S, N.L. -- Newfoundland and Labrador received its first shipment of the Oxford-AstraZeneca COVID-19 vaccine on Tuesday as active infections across the province continued to drop.

A spokeswoman for Liberal Leader and incumbent Premier Andrew Furey said 7,000 doses of the vaccine arrived in St. John's and they're earmarked for first responders. Furey and the province's chief medical officer of health, Dr. Janice Fitzgerald, have said the AstraZeneca vaccine is a welcome game changer for the province's vaccination efforts.

"This is an effective vaccine, it is safe, it works well against severe disease, against hospitalization and against death," Fitzgerald said Monday. "I don't think anybody should hesitate to use it and I'll be getting it myself."

Earlier this month, the National Advisory Committee on Immunization recommended against using the AstraZeneca product in people aged 65 and older "due to limited information on the efficacy of this vaccine in this age group."

Last week, Furey said the province is aiming to administer one dose to every adult Newfoundlander and Labradorian who wishes to have one by the end of June. He said 80,000 people in the province will be vaccinated by the end of March.

The news of the vaccine's arrival came as health officials reported one new case of COVID-19 Tuesday. Health officials said the case involved a male under the age of 20 who is a close contact of a previously reported infection.

There are now 80 active known cases of COVID-19 in the province, down from 203 last Tuesday.

Newfoundland and Labrador is still recovering from an outbreak that swept through the St. John's metro area last month, and lockdown measures remain throughout the Avalon Peninsula, which includes the capital. At the outbreak's peak, there were 434 active reported cases in the province, with 100 of those reported on a single day: Feb. 11.

Officials say the outbreak was caused by the more contagious B.1.1.7 variant, which was first detected in the United Kingdom.

This report by The Canadian Press was first published March 9, 2021.