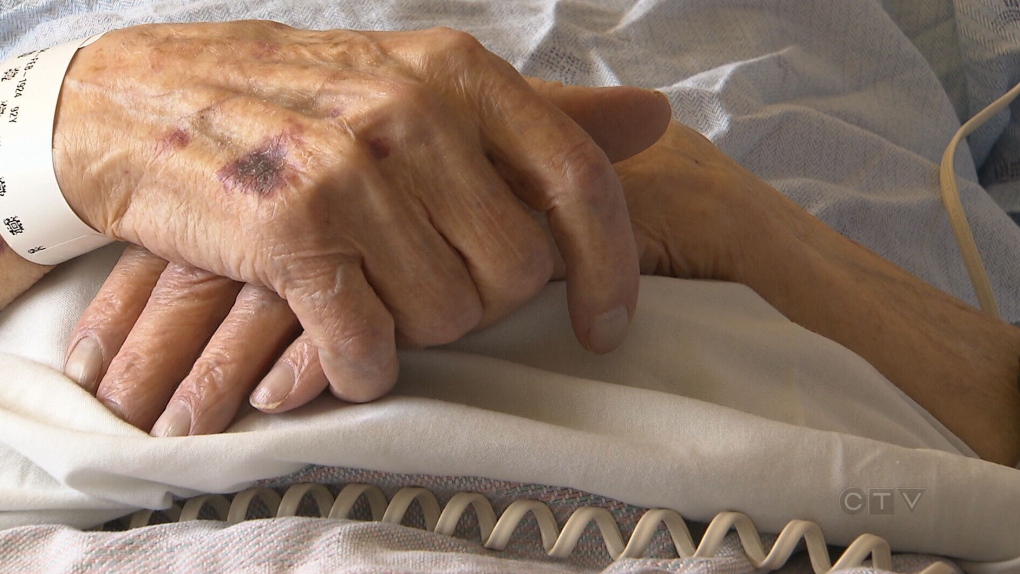 More than 500 Ontarians aged 27 to 101 have chosen medically assisted death since it became legal in Canada, according to statistics from Ontario's chief coroner. (CTV National News)

HALIFAX -- Nova Scotia's top court reserved its decision Thursday following a hearing during which an 82-year-old woman tried to stop her husband from receiving a medically assisted death.

The woman is appealing last month's ruling by Nova Scotia Supreme Court Justice Peter Rosinski who rejected her request for a temporary injunction against her husband.

Her lawyer, Hugh Scher, told the court that the woman had been given power of attorney by her 83-year-old husband and that she has an obligation under the law to intervene.

Scher said there were conflicting medical reports about his health condition and about his capacity to seek an assisted death.

"The statutory regimes in Nova Scotia provide that the spouse is the first in line of succession for substitute decision-making in circumstances where a person is found to lack capacity," Scher told the three-member appeals court panel.

Those comments drew an immediate reaction by Justice Cindy Bourgeois, who questioned where information about the woman's power of attorney was located in the court record.

Scher said there wasn't enough time to include that information before lawyers submitted the original request for emergency injunction.

"The issue was act or risk the repercussions of not acting," Scher replied.

Scher told the three judges there had been no opportunity to cross examine medical experts in lower court -- something his legal team had asked for.

He said the medical opinions about his client's husband are critical to the case and the court needs to be "assured of their reliability."

"There is a confused and contradictory record," Scher said. "This is not a situation where all medical reports are effectively saying the same thing."

He said the man had gone through two previous assisted-dying requests and was approved on his third.

The man's third request was approved in July after a nurse practitioner and four physicians, including a psychiatrist, determined he met the criteria.

Philip Romney, the man's lawyer, told the court Thursday his client was properly assessed according to the law. It's not the duty of the court -- or any court -- to act as a substitute for medical experts, Romney said.

The medical assistance in dying process would "fall apart" if the decisions of doctors and nurse practitioners were subject to court review," Romney said. Medical professionals, he argued, would decline to participate in the procedure if their decisions were systematically questioned by the courts.

"You are not going to get any nurse or medical practitioners to do the assessments if they think they are going to end up in court," Romney said. "That's one of the main reasons why (the legislation) is written the way it is. There's nothing in the legislation that allows other people to be involved in the process."

Rosinski, the lower court judge, had concluded the man, who has end-stage chronic obstructive pulmonary disease, was entitled to the procedure because he met the criteria under federal law and that he would suffer "irreparable harm" if an injunction were granted.

The man's wife, however, maintains her husband's wish to die is based on anxiety and delusions.

The appeals court judges said Thursday they would issue their ruling at a later date.