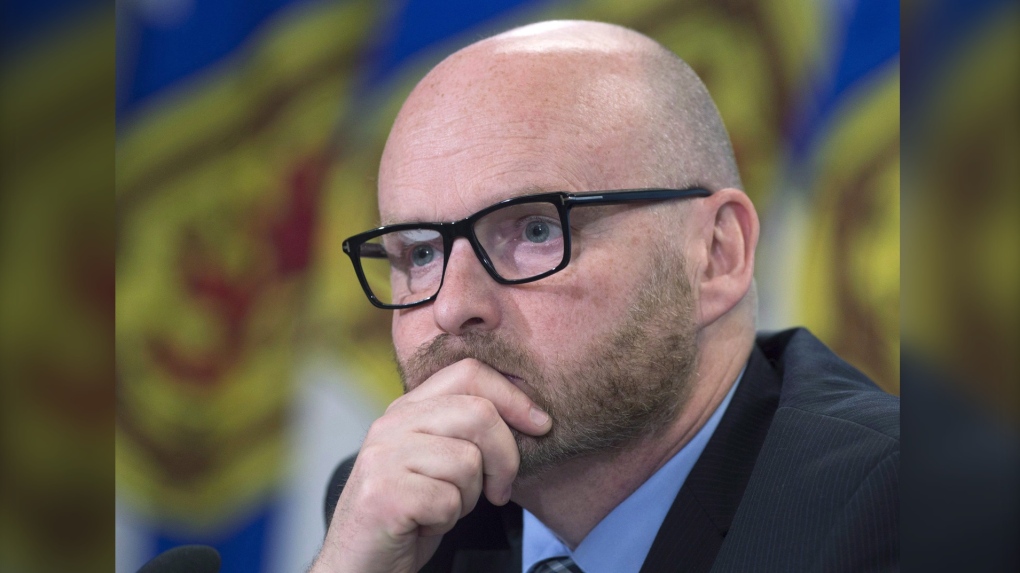 Nova Scotia Auditor General Michael Pickup listens to a question as he addresses a news conference regarding his latest report in Halifax on Wednesday, June 8, 2016. Nova Scotia's auditor general says his office is considering an examination of the province's response to the COVID-19 pandemic, although it will likely be some time before a review is done. THE CANADIAN PRESS/Andrew Vaughan

HALIFAX -- Nova Scotia's auditor general says his office is considering an examination of the province's response to the COVID-19 pandemic, although it will likely be some time before a review is done.

Michael Pickup says while the outbreak is a significant issue that warrants consideration, any audit would have to be done at "the right time and in the right way."

Pickup says the last pandemic preparedness audit was conducted in 2009 by his predecessor Jacques Lapointe.

He says there are a number of issues that could be explored, including the effectiveness of economic programs and equipment supply chain management, as well as the virus outbreak in long-term care facilities.

However, Pickup says his office has to finish up work on three audits that have been delayed because of COVID-19 and likely won't be released until July.

He says his federal counterpart has been asked to look at Ottawa's response to the pandemic and a similar request has been made of Prince Edward Island's auditor.

"In the short term, we are not getting in the way of anything that's happening with government in terms of how they are responding to COVID," Pickup said in an interview Tuesday.

"It's hard to imagine that for the foreseeable future there won't be a number of audits coming up," he said. "It's figuring out what audit to do ... what is going to have the most impact in terms of being helpful."

Pickup released a report Tuesday that assessed the provincial government's compliance with recommendations contained in performance audits issued in 2015, 2016 and 2017.

The auditor general said he was generally pleased with the government's overall response, with the exception of the 2016 report, where the government has implemented only 70 per cent of his recommendations.

"After three years this completion rate should be higher," said Pickup, calling the 2016 results "disappointing."

He pointed out the audits cover areas important to the public including species at risk, school capital planning, homes for special care, licensed child care, and critical infrastructure resiliency.

This report by The Canadian Press was first published May 12, 2020.

When and how will the COVID-19 pandemic end?

Seniors being sent one-time payment of up to $500: PM

Who is eligible for the Canadian government's new COVID-19 aid for seniors?

What parents should consider before sending children back to school

Why people are drawn to COVID-19 conspiracy theories

Fauci warns of 'suffering and death' if U.S. reopens too soon

Beach bummer: novel coronavirus can live in water, but is it infectious?