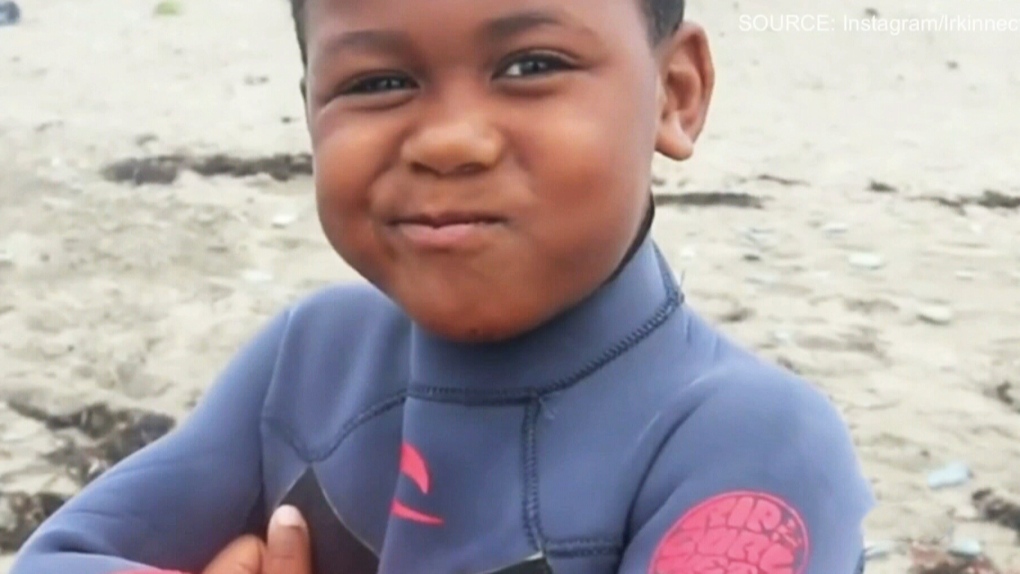 Nova Scotia’s unsolved crimes program is offering its largest reward ever for information in the case of a little boy shot and killed in Dartmouth in December.

The provincial Rewards for Major Unsolved Crimes Program typically offers up to $150,000 for information that leads to an arrest and conviction in cases under the program.

This time, the province is offering $250,000 for information that leads to a conviction in the homicide of eight-year-old Lee'Marion Cain of North Preston, N.S.

This is the first time the Nova Scotia government has increased the reward under the program.

Cain was inside a vehicle on Windmill Road on Dec. 21, 2021, when shots were fired from another vehicle shortly after 4 p.m.

Cain was struck and taken to the IWK Health Centre, where he died from his injuries.

A 26-year-old man inside the vehicle was also struck, but his injuries were not life-threatening.

At the time of the shooting, police said they were looking for two Black men who had been driving a burgundy SUV with tinted windows.

Investigators don’t believe the shooting was a random incident.

"Acts of gun violence in our community are both troubling and heartbreaking. When it results in the death of an innocent child, it is devasting," said Justice Minister Brad Johns in a news release.

Police believe there are people who have information that could lead to arrests and charges in the boy’s death and they are urging those people to come forward.

Anyone with information about the death of Lee'Marion Cain can call the Rewards for Major Unsolved Crimes Program at 1-888-710-9090. People who come forward must provide their name and contact information and may be called to testify in court. All calls are recorded.

There are 106 active cases in the program and five cash rewards have been paid out since the program started.

Many trapped in Florida as Ian heads toward South Carolina

Rescue crews waded through flooded streets and used boats Thursday in a scramble to save people trapped after Hurricane Ian destroyed a cross-section of Florida and brought torrential rains that continued to fall. The destruction began to come into focus a day after Ian made landfall in Florida as one of the strongest hurricanes ever to hit to the U.S.

Hundreds of royal fans lined up outside Windsor Castle for the chance to pay their final respects to Queen Elizabeth II as the chapel where the late monarch was buried opened to the public Thursday for the first time since her death. The queen's death certificate says the 96-year-old monarch died of old age.

Gas prices jumped overnight in some cities across Canada by as much as almost 20 cents.

The family of an Indigenous woman who was mocked by staff as she lay dying in a Quebec hospital in September 2020 has filed a lawsuit seeking nearly $2.7 million.

Quebec's immigration and labour minister claims that newcomers to the province "go to Montreal, don't work, and don't speak French," though he later tweeted he expressed "his thoughts badly."

A family doctor in Calgary has filed a human rights complaint over Ottawa's decision to no longer require masks on airplanes to prevent the spread of COVID-19.

A beauty queen from Myanmar who took refuge in Thailand after criticizing her home country's ruling military junta has left Bangkok for Canada where she is expected to seek asylum.