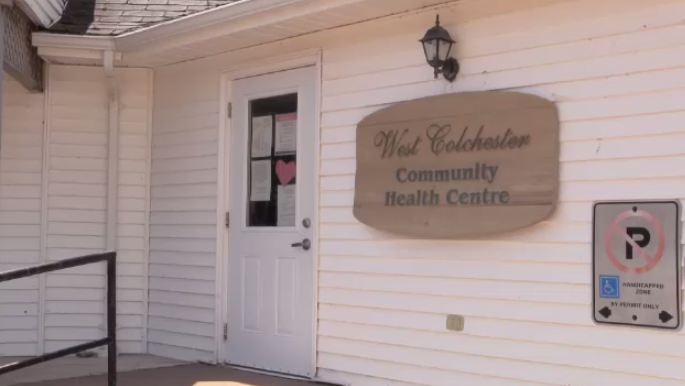 In an email statement sent on Tuesday, Nova Scotia Health says it is aware of Ewing's pending retirement, and that it's working with medical professionals and leaders to find a replacement.

HALIFAX -- Time is ticking for residents of West Colchester County, N.S., who will soon lose their lone family physician. With some residents still dealing with emotional scars following the Nova Scotia mass shooting, the loss of the community's doctor is worrying.

For artist and Portapique resident, Joy Laking, painting isn't her only concern lately. In her community – which is recovering from Canada's worst mass shooting – there's another reason for worry, as the area will lose its sole family doctor on September 30.

"We all have this huge traumatic event that happened in our community," says Laking. "Without a doctor, there's just nobody to call."

Laking is living with muscular dystrophy and says the local physician, Dr. Karen Ewing, has been a lifesaver. However, after 25-years of working in the community, Ewing is retiring.

Since Ewing's retirement was announced in 2018, Nova Scotia Health has yet to secure a replacement for the physician – adding Laking and her husband to the list of over 45,000 Nova Scotians waiting for a family doctor.

"I've been on the waiting list for a doctor for a year and a half, and the population here, like a lot Nova Scotia, is ageing," says Laking's husband, James Wyatt. "I wish somebody would sit down and figure out what they're doing."

In early 2020, a doctor from England was interested in taking over Ewing's position. However, the already complicated process of transferring the doctor to N.S. was further complicated by the COVID-19 pandemic.

"It does make retirement very difficult," says Ewing. "From initially thinking it was going to be a smooth transition; we are now in the real difficult situation of not having anyone to follow these patients."

And the need for a physician in the community is urgent.

"From the grief and the trauma that's impacted this community hundred-fold over the last 4 to 5 months, it's absolutely critical that our community has a family physician," says registered social worker, Serena Lewis.

In an email statement sent on Tuesday, Nova Scotia Health says it is aware of Ewing's pending retirement, and that it's working with medical professionals and leaders to find a replacement.

The chair of West Colchester's volunteer medical society and municipal councillor, Tom Taggart, says the situation is a "bureaucratic nightmare." However, he notes the clinic is set up and ready – for any doctor willing to care for its 3,500 patients.

"We need the support, and if it takes a little bit extra – take that extra step," says Taggart. "I believe that's the responsibility of government at all levels."

Meanwhile, residents continue to wait – in a community where care is needed now more than ever.