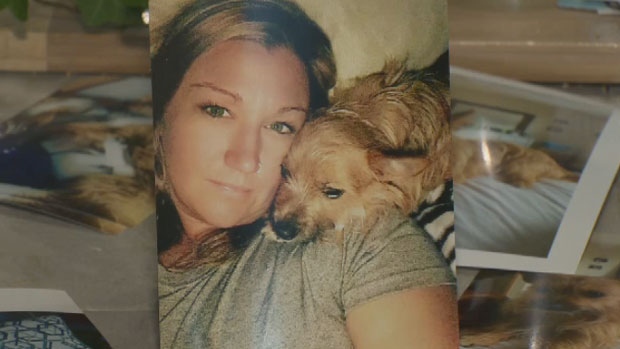 Cindy Beaver is shown is this photo with her dog Tucker. (Cindy Beaver)

A Nova Scotia family has found their dog as the man accused of killing the animal appeared in court.

The Beaver family confirmed to CTV Atlantic that they found Tucker’s body Wednesday morning. They had been looking for the animal since it disappeared last week.

Cameron Robert Dolan is accused of killing the Yorkie-Chihuahua mix and also assaulting the dog’s owner in the Spryfield area.

Halifax Regional Police received a report on Jan. 16 of a dispute between a man and a woman. Police were told that the woman had been assaulted in a residence in the 800 block of Herring Cove Road the night before.

Owner Cindy Beaver previously told CTV Atlantic that her daughter left the home after getting into a dispute with a man she was dating at the time. She left the home for a short period of time and returned to find it in disarray, with blood both inside and outside of the home.

Beaver said her pet bird had suffered a broken leg and her dog was missing.

Police said they believed the dog had been killed.

“We know he's gone,” Beaver told CTV Atlantic last week. “We know he's not coming home alive, but I don't want him to sit outside and rot.”

Beaver and her family had been searching the area for about a week before finding Tucker’s body Wednesday morning.

The 18-year-old Halifax man appeared Wednesday in provincial court via videoconference. The case was set over until Jan. 31, when he is expected to make a plea.