HALIFAX -- All 31 crew members have been rescued from a fishing vessel that twice caught fire off the southern coast of Nova Scotia on Tuesday night.

It was a harrowing night at sea for the 31 crew members aboard the Atlantic Destiny.

The 39-metre commercial fishing vessel issued a mayday call off the eastern part of George’s Bank, about 220 km off the coast of Yarmouth, at 8 p.m. Tuesday.

The master reported a fire aboard and crew were initially able to get the fire out -- but then it re-ignited. The vessel lost power and was taking on water as it drifted in eight-metre waves and 100 km/h winds. 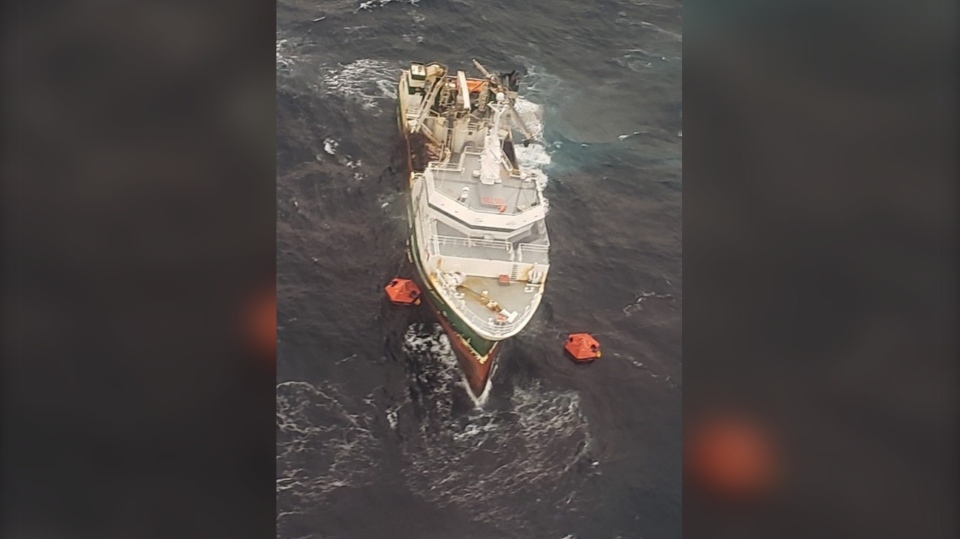 In an update issued Wednesday, the owner of the Atlantic Destiny confirmed that the vessel had sunk into the ocean.

“While we are deeply saddened by the loss of one of our offshore fishing vessels we are extremely relieved and thankful that all of our 31 crew members were safely transported ashore and are currently in the process of reuniting with their families and loved ones,” said Martin Sullivan, CEO Ocean Choice in a statement posted to the company website.

As of 8 a.m. Wednesday morning, the last four crew members and two search and rescue technicians who were attempting to save the vessel from incoming water, had been rescued and transferred to the Canadian Coast Guard ship Cape Roger.

Most of the crew members were airlifted by helicopter to Yarmouth. There are no reported injuries.

Ocean Choice says an investigation into what caused the fire will begin in the coming days and the extent of the damage is not yet known. 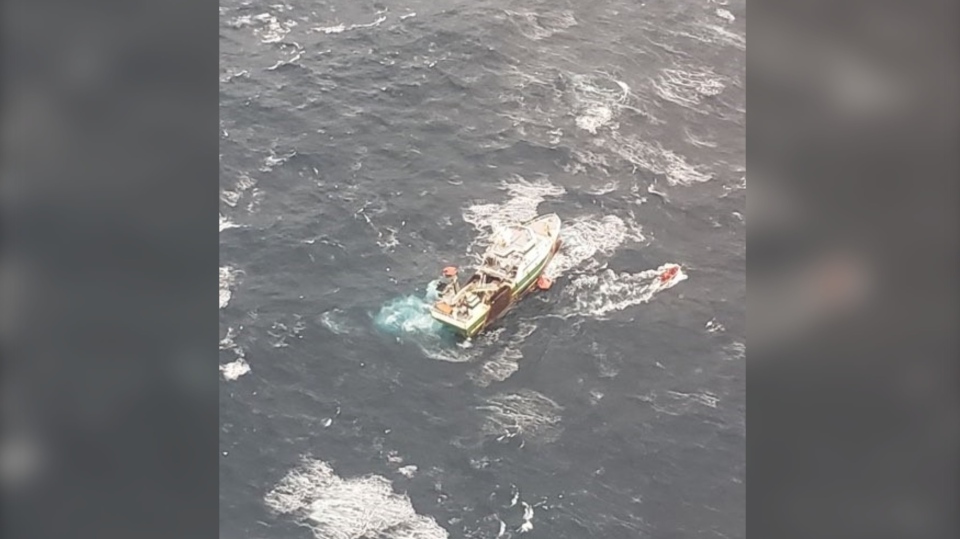 The company says the Atlantic Destiny is an offshore fishing vessel that harvests and freezes sea scallops, and its home port is Riverport, N.S.

“The collective efforts of our crew and all those who came to assist the crew and the vessel resulted in the best possible outcome for this situation,” said Blaine Sullivan, President, Ocean Choice. “We are sincerely thankful to everyone that helped ensure that every single crew member is safe and accounted for.”

Lt. Commander Brian Owens, a spokesperson for the Joint Rescue Co-ordination Centre said weather was a challenge in the rescue.

As of 8 am this morning, all remaining crew of the FV Atlantic Destiny have been safely transferred off the vessel onto the CCGS Cape Roger. The Cape Roger will remain on scene to monitor the vessel.

Local fishing vessels, two helicopters and a Hercules aircraft from 14-Wing Greenwood came to its aid, along with the CCGS Cape Roger.

The Atlantic Destiny was also the subject of a Transportation Safety Board investigation in March 2017 when there was a breakdown aboard the main engine.