N.S. government to top court: housing choice for people with disabilities not a right 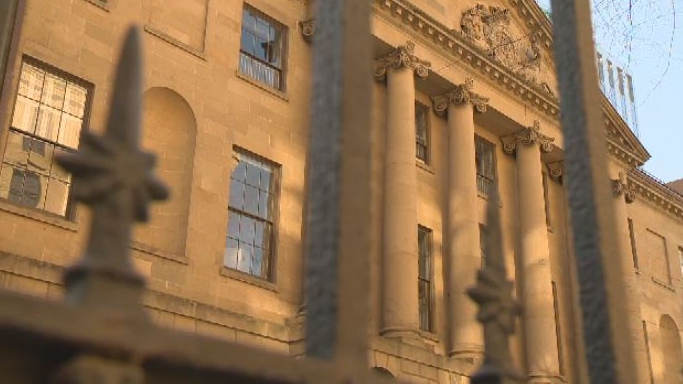 The Nova Scotia government is arguing receiving timely access to appropriate housing is not a human right for people with disabilities and is asking Canada's top court to overturn a decision that found its current practices are discriminatory.

In an argument seeking leave to appeal to the top court, two government lawyers warn that if the province's Court of Appeal decision is allowed to stand, human rights legislation would be taking on too much power.

It says that in effect, adjudicators would be defining the quality of social services people receive -- usurping the legislature's authority and budget setting power.

The provincial lawyers concede Nova Scotia's current system requiring some people with disabilities to live in larger facilities is not ideal.

But they also say courts should not rule that provincial human rights legislation was created to define issues such as wait times for access to housing based in the community.

Provincial lawyers Kevin Kindred and Dorianne Mullin argue in their Dec. 6 submission this would "transform human rights adjudicators into the administrators of disability benefits."

Still, the lawyers acknowledge "that reforms have proceeded slowly" in providing housing in small options homes -- defined as supported housing with four residents or fewer. It notes that records submitted to the Appeal court say about 555 people with intellectual and other disabilities were still living in large, institutional settings, while about 695 people were in small option homes.

"The record before the Court of Appeal ... indicates that some individuals who are eligible for disabilities services programs have instead been resident in hospitals long beyond what is medically necessary," said the submission.

A day after the Oct. 6 Court of Appeal ruling that the province's existing provision of housing is discriminatory, Premier Tim Houston said his government had heard the court's message "loud and clear" and pledged to work with the disability community to reform the system. He also said he didn't believe citizens should have to take the government to court to make it "do the right thing."

But in an apparent shift in course, provincial Community Services Minister Karla MacFarlane later said in an email the Appeal Court's decision had raised questions about how other social programs could be affected.

The landmark Appeal Court decision said the provincial government's failure to offer people with disabilities "meaningful" access to housing and care is reflected in long wait-lists. The court also said the situation amounted to a violation of their basic rights.

The appeal was originally launched by the Disability Rights Coalition. During the hearing, its lawyer Claire McNeil argued the mistreatment of people with disabilities included unnecessary institutionalization, lengthy wait times, and forced removal to remote areas of the province far from family and friends.

McNeil said in an email on Saturday that the coalition will soon submit its arguments to the Supreme Court of Canada on why the decision should stand.

She described the province's argument as "a smokescreen that takes away our attention from finding a solution to the devastating impacts of decades long systemic discrimination against people with disabilities.

The original human rights case was launched by three people with intellectual disabilities who spent years confined in the Emerald Hall psychiatric hospital despite medical opinions they could be housed in the community.

The board decision ruled the individual rights of Joey Delaney, the late Beth MacLean and the late Sheila Livingstone were violated, but it also ruled against the separate claim by the coalition that the system was discriminating more widely against people with disabilities.

The coalition appealed the board's finding on systemic discrimination and won before the Appeal Court.

The government notes in its application to the Supreme Court it will not be appealing the findings regarding MacLean, Livingstone and Delaney.

This report by The Canadian Press was first published Jan. 9, 2022.

Prime Minister Justin Trudeau is headed to the G7 in Germany Saturday without a consensus from the Commonwealth to condemn the Russian invasion of Ukraine, but with a chorus of countries calling for help to overcome the fallout of the war.

Many Canadians still remain unaware of the involvement of forced child labour in the products they buy, according to non-profit agency World Vision Canada.

The family of Chelsea Cardno says the body found on flooded farmland adjacent to Mission Creek Friday night has been identified as the missing Kelowna woman.

Abortion is legal in Canada -- but is it accessible? Experts weigh in

There is a renewed conversation about abortion accessibility and rights for women in Canada after U.S. Supreme Court justices overturned the Roe v. Wade case on Friday, allowing states to ban abortions.