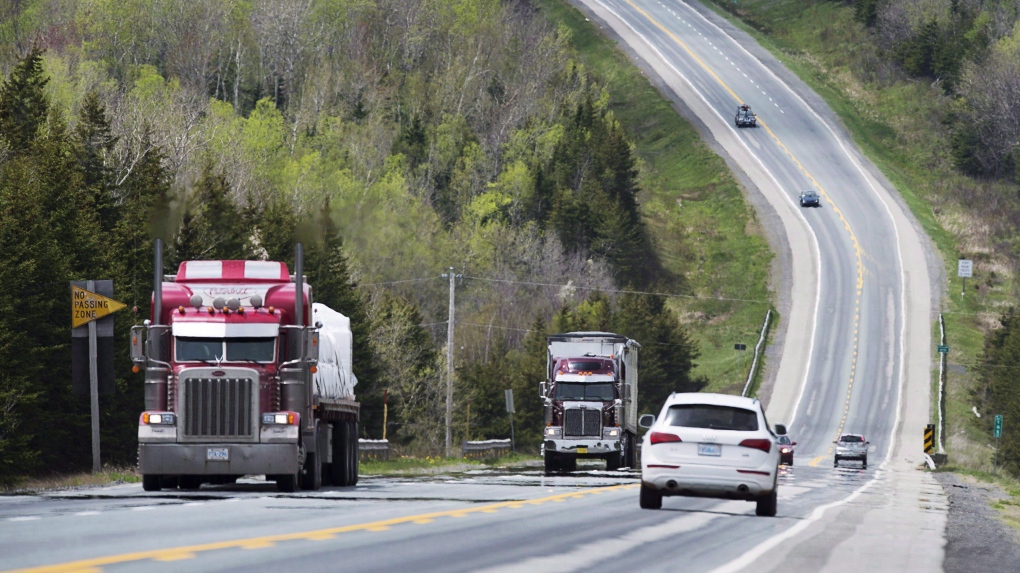 Highway 104, the artery connecting mainland Nova Scotia to Cape Breton Island, is seen on Tuesday, May 24, 2016. (THE CANADIAN PRESS/Andrew Vaughan)

HALIFAX -- The environmental assessment of a plan to twin a deadly 38-kilometre stretch of Nova Scotia's Highway 104 has been approved by the province's environment minister.

In a decision released Tuesday, Margaret Miller says she's satisfied any adverse or significant environmental effects can be mitigated.

The project to twin the highway between Sutherlands River and Addington Forks is expected to take up to five years to complete with construction beginning later this year.

Miller's approval comes with 11 conditions, including the monitoring of dust and noise, and the development of plans to protect wildlife and vegetation and to protect against accidental occurrences such as oil spills and the failure of erosion and sediment control.

Among the several negative environmental impacts of the project identified by the Environment Department are noise, decreased air and water quality, and access to land for traditional use by Mi'kmaq.

There have been more than 400 accidents along the section of highway over the past 10 years, with at least 16 fatalities.