HALIFAX -- Hockey may be Canada’s national pastime – but it still has a long way to before it includes everybody.

Dean Smith knows what it’s like to feel like an outsider on the ice. He’s offering an opportunity for a new generation of Black players, and now getting a national award for his efforts.

On Friday, Smith was recognized by Hockey Canada as their community champion for the month of February.

"What an incredible honour," said Smith, wearing a Team Canada jersey as he stood behind the glass at the Halifax Civic Arena.

Smith is a lawyer, coaches both of his sons' hockey teams, and is one of the leaders of the Black Ice youth hockey program.

"It’s a 20 week skill development program," says Smith. "With the hopes that children will transition into minor hockey the following year."

Smith has been hanging around hockey arenas most of his life. He grew up in Whitney Pier, N.S., playing minor and school hockey, eventually taking a step back and only playing recreationally.

About 15 years ago, Smith becamme active in the sport again – more than before.

"This year, we have more than 40 participants in the program," says Smith. "And we hope the majority of them will transition next year." 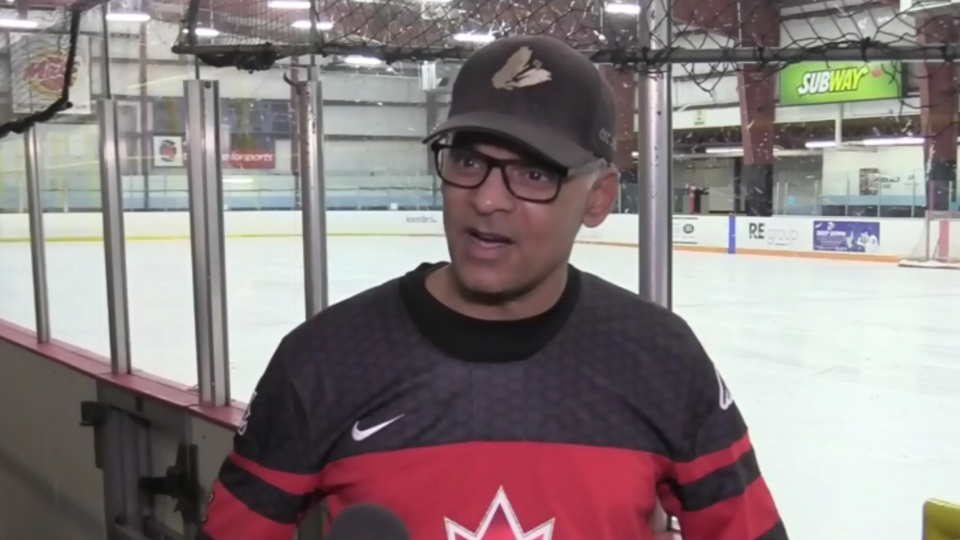 Dean Smith as he interviewed with CTV News at the Halifax Civic Arena on Feb. 26, 2020. (CTV News / Paul Hollingsworth)

Smith says he hopes to introduce the sport to a new generation of Black Nova Scotians.

Smith says not only does the award mean the world to him, but to get it during Black History Month makes it even more meaningful.