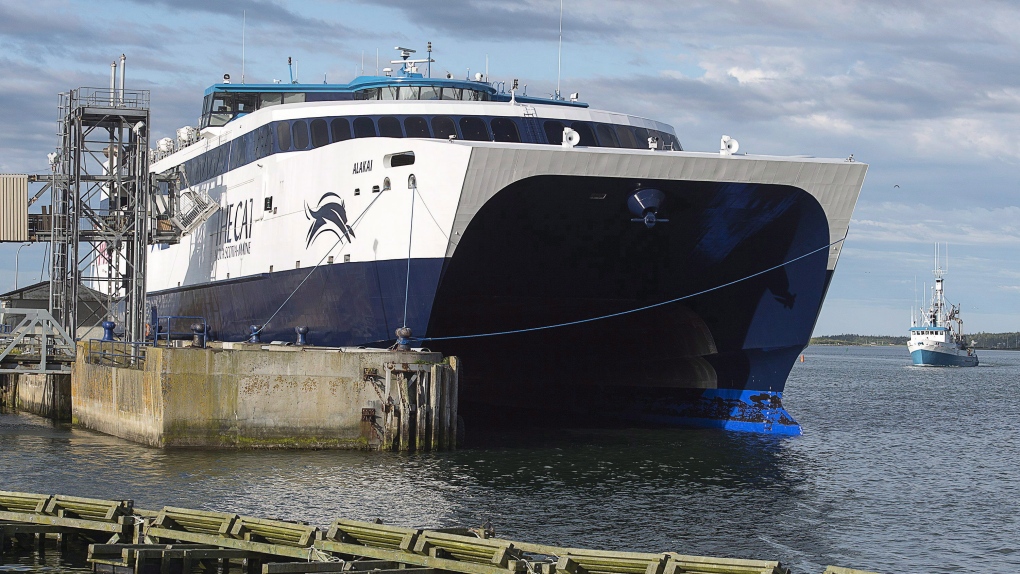 HALIFAX -- A Nova Scotia Supreme Court judge reserved his decision Thursday in a case about whether the provincial government should disclose a fee paid to a heavily subsidized private ferry operator.

The Opposition Progressive Conservatives are seeking the release of the management fee paid to Bay Ferries for operating the Yarmouth, N.S., to Maine ferry.

The Liberal government and Bay Ferries CEO Mark MacDonald maintain the management fee is confidential commercial information and should remain so. All other financial aspects of the ferry agreement have been released publicly.

"Neither Bay Ferries nor the Transportation Department has drawn a line to show how either party would be harmed by this release," Tory lawyer and caucus chief of staff Nicole Lafosse Parker told the court.

Lafosse Parker said a dangerous precedent would be set by a lack of disclosure in this case. "The purpose of our freedom of information law is for government accountability and transparency," she said. "Keeping this information redacted will be completely contrary to our information and privacy law."

Lafosse Parker argued there was no provision in law that would make any part of the province's contract confidential.

MacDonald, however, stated in an affidavit the public release of the management fee would harm his company's competitive position in the ferry industry and would "prejudice" its ability to negotiate the lowest possible price for goods and services from third-party suppliers in a competitive marketplace.

Lafosse Parker told the judge that disclosing the figure would not affect Bay Ferries bottom line. "No evidence has been provided that would explain how ΓÇª the management fee could be reverse engineered, calculated, subsequently be broken down and used by competitors," she said.

Renovations to the terminal in Bar Harbor, Maine, and the border closure between the United States and Canada have led to the ferry sitting idle for the past two years.

The province said in June it spend $17.8 million on the ferry service last year and expected this year's subsidy would be similar.

Justice Richard Coughlan said he would reserve his decision.

This report by The Canadian Press was first published Nov, 19, 2020.