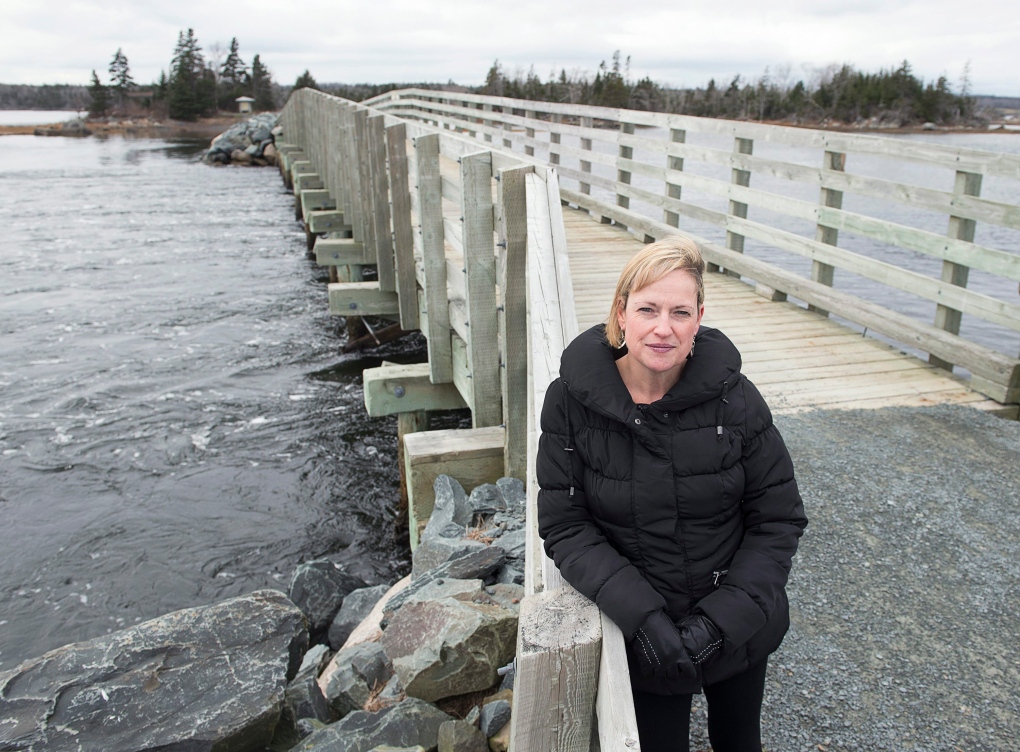 HALIFAX -- With 18 months to go before Canada's 150th birthday, one of Nova Scotia's signature gifts to the country -- its portion of the Trans Canada Trail -- is only 38 per cent complete.

Even though Nova Scotia is Canada's second-smallest province, its completion rate is the worst of any province. Alberta, at 59 per cent, is well ahead as the second-worst laggard.

The Nova Scotia number looks particularly grim considering the proposed 24,000-kilometre trail -- stretching from the Atlantic to the Pacific and the Arctic -- is already 80 per cent connected after more than 24 years of work.

Jane Murphy, national trail director for the Trans Canada Trail, says volunteer organizations in Nova Scotia have faced some difficult challenges, but she insists the province is further ahead than the numbers suggest -- and she remains confident the entire trail will be connected by July 1, 2017.

"We will see that number increase tremendously this summer," Murphy said in a recent interview.

However, she says that won't happen unless more Nova Scotians come forward to help with the cause, which started in 1992 as part of Canada's 125th birthday celebration.

"There still is a need to rally people around the Trans Canada Trail because there have been some challenges," Murphy says.

In all, Nova Scotia has committed to linking about 1,100 kilometres of trails.

Two of Nova Scotia's neighbours, P.E.I. and Newfoundland and Labrador, have already completed their sections. However, Murphy says it's unfair to compare them with Nova Scotia because both took advantage of provincially owned abandoned rail lines that stretch across each province.

"The access to public land is very limited in Nova Scotia," says Murphy. "That has put Nova Scotia slightly behind because they have had to shift from developing the land-based trails to alternative options."

Those options include the use of more water routes and roads.

In Cape Breton, there are plans to add more than 300 kilometres of "water trails" that will link communities around Bras d'Or Lake, the 1,000-square-kilometre inland sea that was named a UNESCO biosphere reserve in 2011.

Vanda Jackson, executive director of Nova Scotia Trails, says the water trail is already accessible to the public and could be added to Nova Scotia's total immediately, but the group wants to make sure local communities are on board and safe access points are established.

"We're doing very well with the Bras d'Or Lakes," she says. "Our number isn't quite as bad as it may sound and we're feeling quite confident that we can connect."

With the water trail, Nova Scotia will achieve more than 60 per cent of its goal.

The rest of the trail will include hiking paths and other routes for cycling, cross-country skiing, horseback riding, snowmobiling and, in some areas, all-terrain vehicle use.

Allowing ATVs on the trail has proven to be contentious. In 2009, the national organization reaffirmed its "Greenways Vision," saying it would no longer register or offer funding for trails where motorized vehicles are permitted in the summer.

"Here in Nova Scotia, we started off building trails that included ATVs," says Jackson. "That became a bit of a difficulty for us ... In rural communities, those (ATV riders) were the people that were helping us build the trails."

Nova Scotia's lack of available Crown land has also meant that about 300 kilometres of the trail will be on paved roads.

Proponents say the inclusion of roads, which will make up about one- third of the entire Trans Canada Trail, is necessary to meet the deadline. But they insist the measure is temporary.

"The road link is the last option we want," says Blaise MacEachern, chairman of the Nova Scotia Trails committee working on the national project.

He says New Brunswick, at 61 per cent, is ahead of Nova Scotia because it has had more success at securing roadway trails.

Jackson says anyone in Nova Scotia wanting to lend a hand or make a donation should contact Nova Scotia Trails, which can connect volunteers and donors with the community groups that are making the trails.

"It's a nation-building project," she says. "It's going to be so exciting (in 2017) when we're all standing on July 1 and feeling very proud that we have connected from coast to coast to coast."